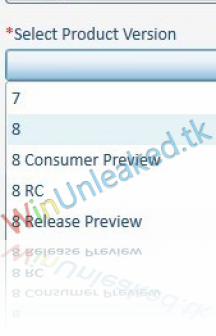 The Windows 8 news site WinUnleaked.tk, which has been reliable in the past, claims that when the Release Candidate is launched, it will actually be called the Windows 8 "Release Preview." It also repeats a previous claim that the RC/RP version of Windows 8 will be launched sometime in late May or early June.

So far, Microsoft has not said anything about its schedule for pre-release versions of Windows 8, nor any word on what those builds will be called, so you can still put this in the "rumor" category for now. However, it does seem to be consistent with Microsoft's current theme of doing away with the typical titles for pre-release software and not referring to them by labels like "beta" or "release candidate".

In any case, Microsoft is still apparently sticking with its plans to launch the final shipping version of Windows 8 in late 2012, possibly sometime in October. We will have to see if the company will continue to stay with its expected schedule.