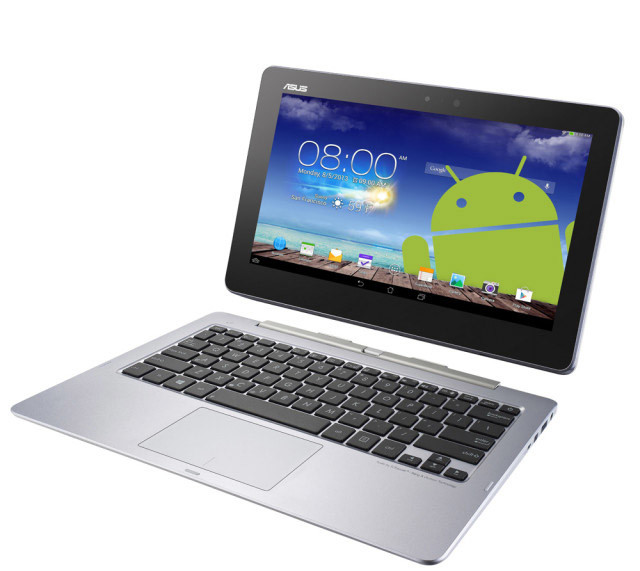 ASUS already has its Transformer Book Trio, which runs Windows 8 and Android, each running on separate hardware parts.

Even though a few PC makers have released products in the past that run both Windows 8 and Android operating systems, recent rumors claim many more of them will be showing a number of these devices next week at CES 2014.

The reports first began in December when Time's website claimed OEMs would announce new Windows-Android hybrids under a "PC Plus" banner at CES. Today, The Verge reports, again via unnamed sources, that chipmaker Intel is currently working with a number of PC hardware companies on these kinds of products, under the internal name Dual OS. The story claims these PCs would run Google's operating system inside of Microsoft's software via virtualization.

The CES announcements may have the backing of Intel and its OEMs, but The Verge reports that sources inside Microsoft and Google won't be on board for this "PC Plus-Dual OS" plan. In fact, the story quotes Patrick Moorhead, principal analyst at Moor Insights and Strategy, as saying, "Microsoft does not want this to happen."

The idea of having Android and Windows on one machine is already a reality. Asus launched the Transformer Book Trio in 2013, which has both operating systems.  Samsung announced the Ativ Q notebook in 2013 that ran Windows and Android apps on the same Intel processor. However, that laptop has yet to be released. Then there's BlueStacks, the PC and Mac software program that lets users run Android apps on most PCs.

Again, all of these reports are rumors at this stage and CES 2014 may come and go with no new Windows-Android hybrid announcements.

Source: Time and The Verge