Rupert Murdoch has never been a great fan of Google over the years. Back in 2009, he hinted that he might block his media companies from being listed on Google, calling the company a "parasite" for excluding article excerpts in news search results, and accusing them of kleptomania by profiting off the products and content of others.

In 2012, he attacked the company again, calling it a "piracy leader... who streams movies free, sells adverts around them". He took to Twitter once more this week for a spot of Google-bashing, this time comparing the tech giant to America's favorite spy agency, the NSA. 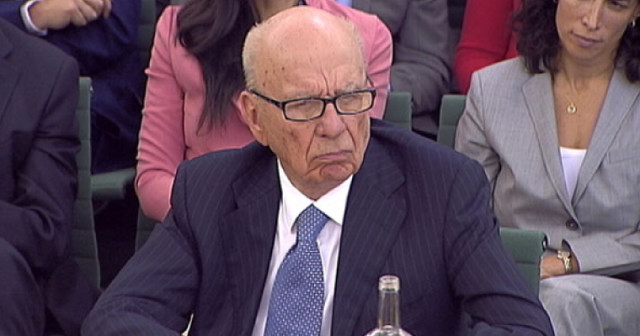 Over the last year or so, the NSA has been accused of monitoring traffic and user activity on smartphones, general web connections, offline computers and even Tor; and of using mobile apps, hardware bugging and good ol' fashioned phone-tapping to spy on end users. But that's nothing compared to Google - at least according to Murdoch:

NSA privacy invasion bad, but nothing compared to Google.

That's quite a statement - and it's especially remarkable when you put it into some context. Murdoch's 'News of the World' tabloid newspaper spent years invading the privacy of individuals, including not just celebrities and politicians - who had chosen a life in the public eye - but also of 'ordinary' people, including family of British soldiers, survivors of the terrorist attack in London in July 2005, the murdered schoolgirl Milly Dowler, and the mother of 7-year-old Sara Payne, who was murdered by a paedophile in 2000.

Rupert Murdoch's News International finally closed the newspaper in 2011, after massive backlash from the public to the 'phone-hacking' scandal. A UK parliamentary select committee determined in 2012 that Murdoch had "exhibited willful blindness to what was going on in his companies and publications", claiming that he was "not a fit person to exercise the stewardship of a major international company."

Given the appalling privacy breaches for which Murdoch's company was responsible over many years, perhaps he's not the best person to be criticizing Google over its alleged attitudes to privacy. That said, the NSA probably isn't Google's biggest fan either - a former head of the agency declared that Gmail is "the preferred [service] of terrorists worldwide".

Google doesn't seem to have much love for the NSA either though - in June, the company mocked the agency with an Easter egg buried in an email encryption plugin, which directly referenced one of the NSA's slides. Google employees reportedly "exploded in profanity" when they had seen the original NSA slide, which included a sketched diagram of the infrastructure that connects users to their content stored on Google, and a label stating "SSL added and removed here :)".