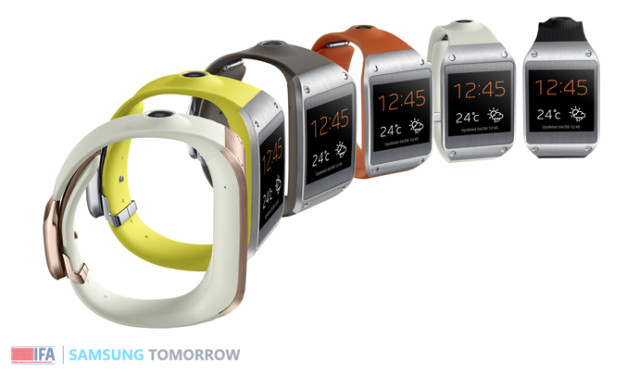 While rumors and even leaked images of the Galaxy Gear smartwatch have popped up on the Internet already, today Samsung officially announced its plans to launch the Android-based wrist device. The product will go on sale Sept. 25 in most parts of the world (but not the U.S.) on the same day as the Galaxy Note 3 smartphone.

As it turns out, some of previous rumors about the Galaxy Gear, including that it is supposed to have a 3-inch screen, were false. Samsung says the smartwatch has a 1.63-inch Super AMOLED display with a resolution of 320x320. Another rumor claimed it would have a 4-megapixel camera but the real version's camera, which is placed on the strap, is only 1.9 megapixels.

Samsung claims the Galaxy Gear will have up to a day of "regular" battery use from its 800MHz processor, and it will have 4GB of storage and 512MB of RAM. It also has a speaker so that owners can handle hands-free telephone calls. There will be six colors to choose from: Jet Black, Mocha Gray, Wild Orange, Oatmeal Beige, Rose Gold, and Lime Green.

Engadget reports that more than 70 apps will be available for the Galaxy Gear, including Evernote, Path, eBay and more. It also reports that the smartwatch is only compatible, at least for now, with the Galaxy Note 10.1 tablet and the Galaxy Note 3 smartphone. It will launch in the U.S in October and cost $299. 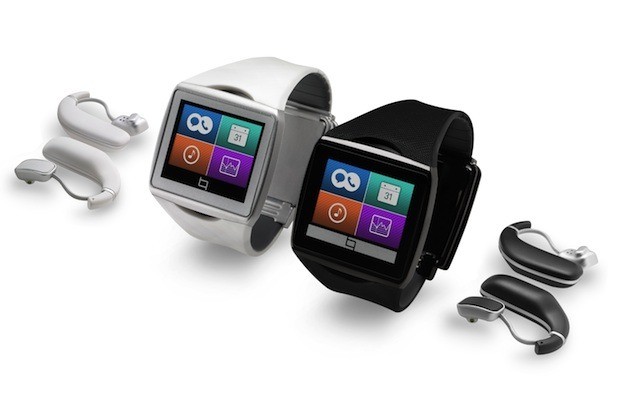 Along with today's Galaxy Gear announcement, Qualcomm also revealed its own Android smartwatch, the Toq. Designed to be a second screen for Android 4.0.3 and above devices, the Toq is also supposed to be a showcase for Qualcomm's Mirasol display. The company said the Toq has "a revolutionary reflective, low-power display that enables an always on viewing experience."

Qualcomm will also release a version of the Toq as a "Premium Audio Edition" which will allow the owner to use truly wireless headsets with the smartwatch. The Toq will ship in limited quantities in the fourth quarter of 2013. No price tag was announced.