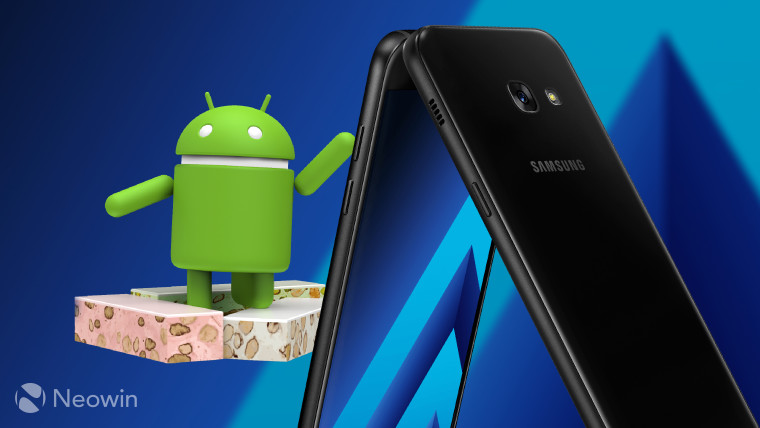 Samsung launched the Galaxy A3 (2017) in January, alongside two other A-series handsets. That launch came over four months after Google released Android 7.0 Nougat, and yet the trio of Samsung devices launched with Android 6.0.1 Marshmallow onboard.

Now, almost seven months later - and just a few weeks before the next major version of Android is released - Samsung has finally begun upgrading the Galaxy A3 (2017) to Nougat.

Currently, the update is only available for the SM-A320F model in Russia, but it shouldn't take too long before it makes its way to other variants of the handset in more countries. It bumps up the handset's firmware version to A320FXXU2BQG5, and also includes the most recent Android security updates.

Android 8.0 is expected to arrive in August, but it's not yet clear which Samsung devices will receive that update.