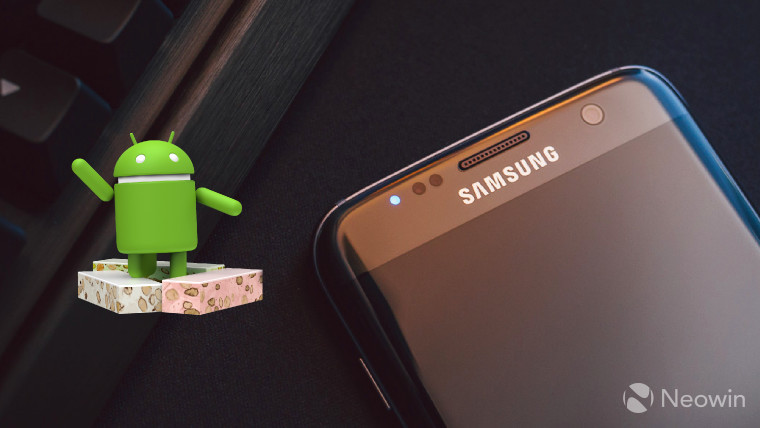 Samsung began its Android 7.0 upgrade program last week, starting with the Galaxy S7 and Galaxy S7 edge. Initially available in the United States, the update has since spread to the UK too, and will gradually make its way to other markets in the coming weeks and months.

Today, Samsung formally announced details of its update, and also published a list of devices that are confirmed to receive the update by June:

Now, it's worth emphasizing that Samsung has only listed these devices as those in line to be upgraded "within the first half of this year". Therefore, it seems safe to assume that more devices will be added to the list later, so if you don't see your phone or tablet listed there, don't panic - there's still a chance that it will get a taste of that Nougat goodness later in 2017. After all, it took Samsung over a year to begin upgrading its Galaxy S5 mini to Android 6.0.1 Marshmallow in 2016.

Bear in mind, too, that while Samsung may well make Android 7.0 Nougat available in the first half of 2017 for the devices listed, it may take a lot longer for the update to make its way to everyone. The update will still be subject to carrier approval, and carriers are notoriously slow when it comes to updating their devices.

But while Android 7.0 is now rolling out, Samsung hasn't yet announced details of plans to upgrade its devices to the newer Android 7.1.1 update, which Google released last month.