Samsung might heavily advertise and push the Galaxy S20 series, but it is the company’s Galaxy A lineup of smartphones that sells in massive numbers and which helps it in making the number one smartphone OEM worldwide. The Galaxy A series consists of a number of devices that cater to various price points. In this lineup, the Galaxy A31 is positioned as a below premium mid-range that still packs a few premium features.

This includes a 6.4-inch Super AMOLED display, a design language that’s similar to the Galaxy S20 series, a quad-camera system, an in-display fingerprint scanner, and a massive 5,000mAh battery. So, is the Galaxy A31 worth the money? Or does it fizzle out when compared to offerings from Realme, Xiaomi, and other OEMs? 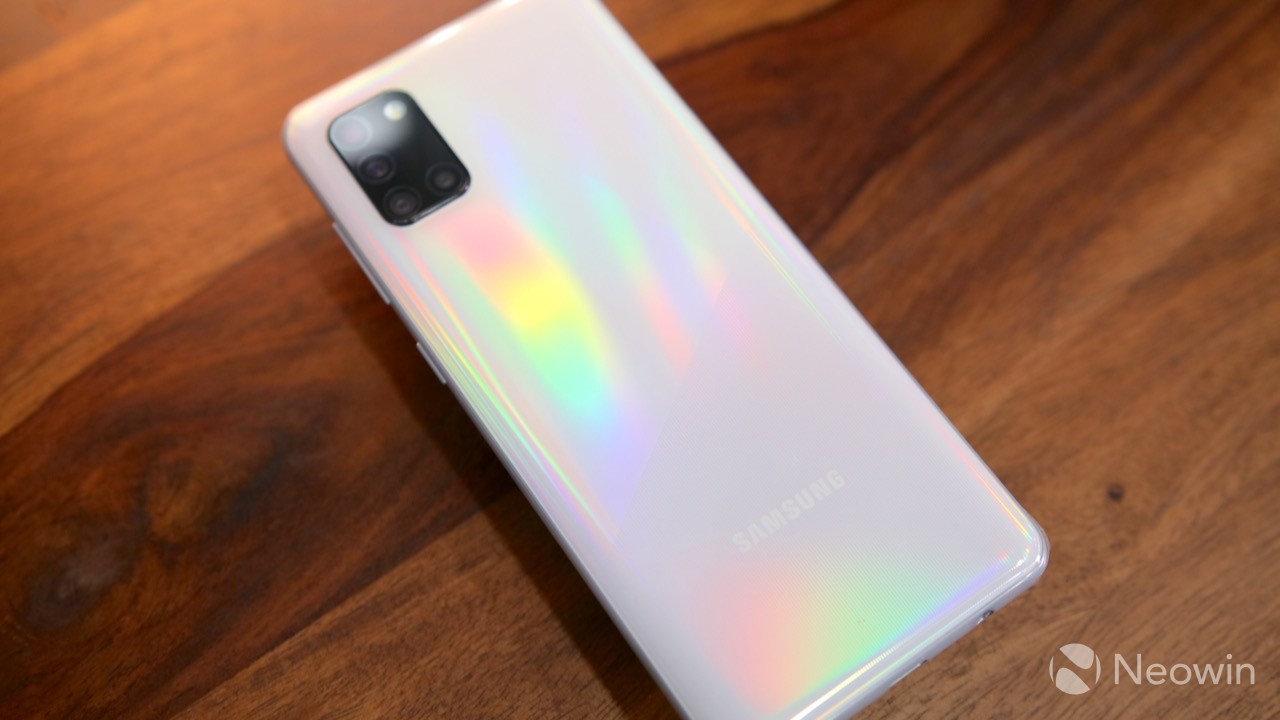 The Galaxy A31’s design language is similar to the Galaxy S20 series, though a number of compromises have been made to keep its price in check. The device has a ‘glasstic’ body meaning the front is protected by a strengthened glass while the rear is made of plastic. The rear design of the Galaxy A31 is a mix of the Galaxy S20 and the Galaxy Note10 series. The way the rear reflects light and shows a rainbow pattern gives it a unique and premium look. In fact, the rear design of the device is very similar to the slightly more premium and expensive Galaxy A51.

At the front, the 6.4-inch FHD+ AMOLED panel dominates. There’s a decent size chin at the bottom and the bezels surrounding the display are acceptable considering the price point of the device. The display has a teardrop design to accommodate the selfie camera at the top. The USB-C port, mono speaker, and headphone jack are located at the bottom, while the volume rocker and the power button are located on the right edge. Both of them are easily accessible and offer a decent amount of tactile feedback. While there’s no wireless charging here, the Galaxy A31 does have NFC – a feature that’s mostly missing from other budget mid-range smartphones in this price band. The device also supports Samsung Pay meaning you can replace your credit/debit cards with the Galaxy A31 provided the service is available in your region. 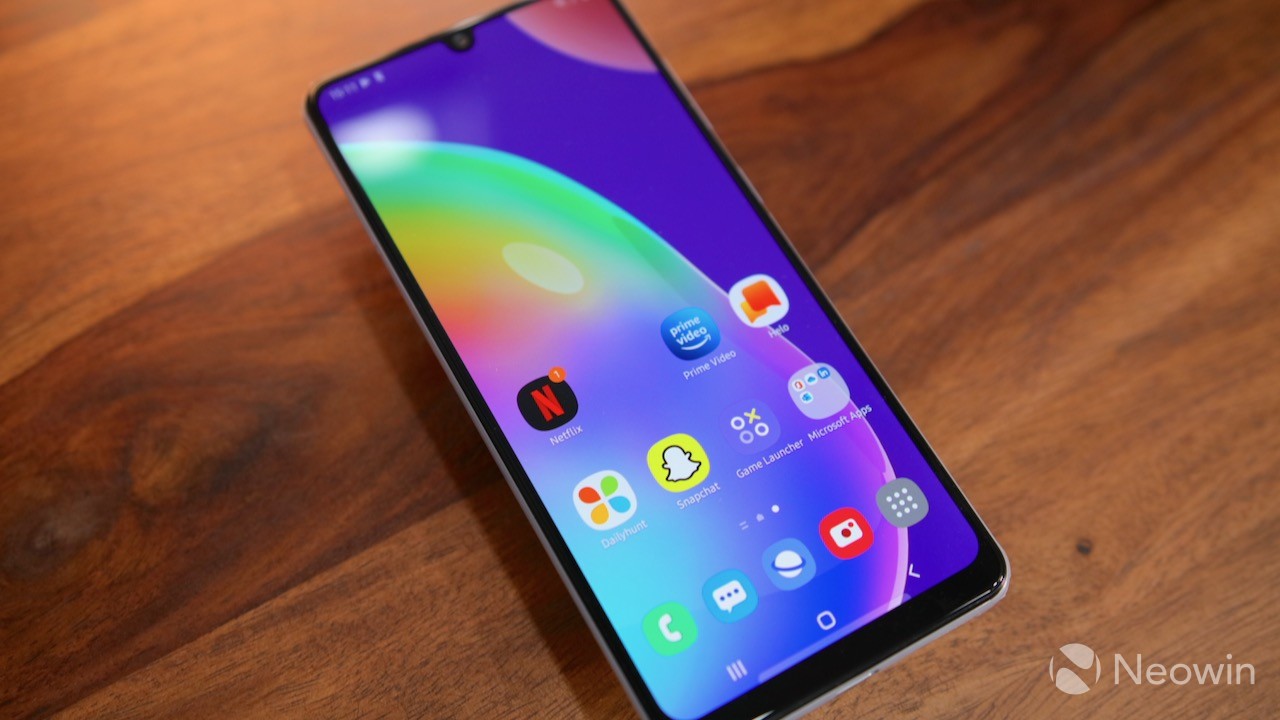 Overall, the Galaxy A31 looks more premium than it feels in the hand to hold. There are plenty of other smartphones that are priced similar to the Galaxy A31 but come with Gorilla Glass panels at the front and rear. At least in the design department though, the Galaxy A31 can hold its own compared to the competition. 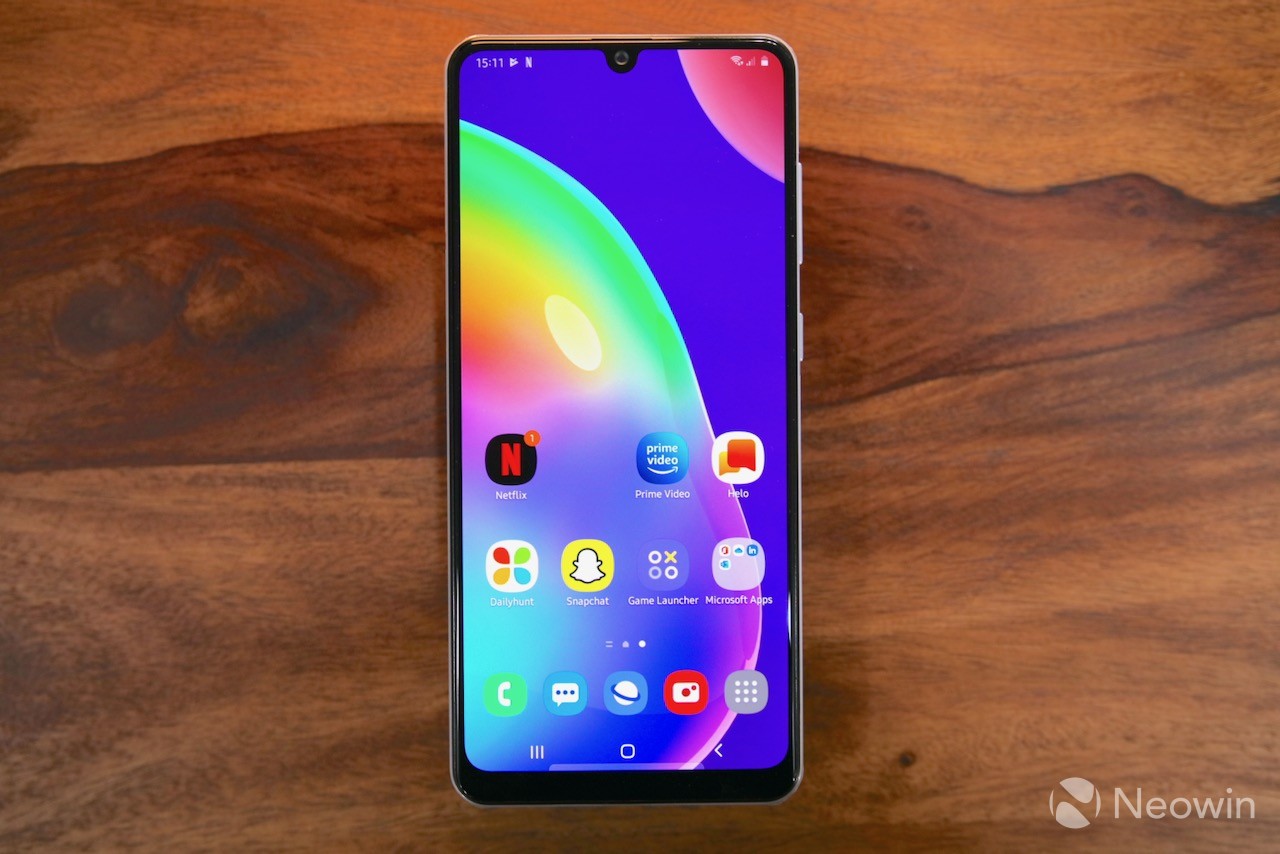 One of the strengths of the Galaxy A31 is its display. The device comes with a 6.4-inch FHD+ resolution Super AMOLED panel. This is not a high refresh rate panel and while AMOLED panels are commonplace in high-end Android flagships, they are still a rarity in budget mid-range phones. The display on the Galaxy A31 might not win any awards in terms of color accuracy or brightness but it is still a great display. It has great viewing angles, the brightness level is good enough that you can read the content on the display in direct sunlight, and as is typical of an AMOLED display, the content pops because of the boosted colors and saturation.

Another benefit of the AMOLED display on the Galaxy A31 is the inclusion of an Always-On Display. With a beefy 5,000mAh battery, one does not need to worry about the feature taking a toll on the battery life. One can also customize the AOD to a certain extent with different clock designs.

The Super AMOLED panel on the Galaxy A31 also allows Samsung to include an in-display fingerprint scanner on the device, which is again something of a rarity in budget devices. The scanner is a bit on the slower side but I still found it better than the ultrasonic sensor that Samsung uses on its flagship Galaxy S and Note devices. 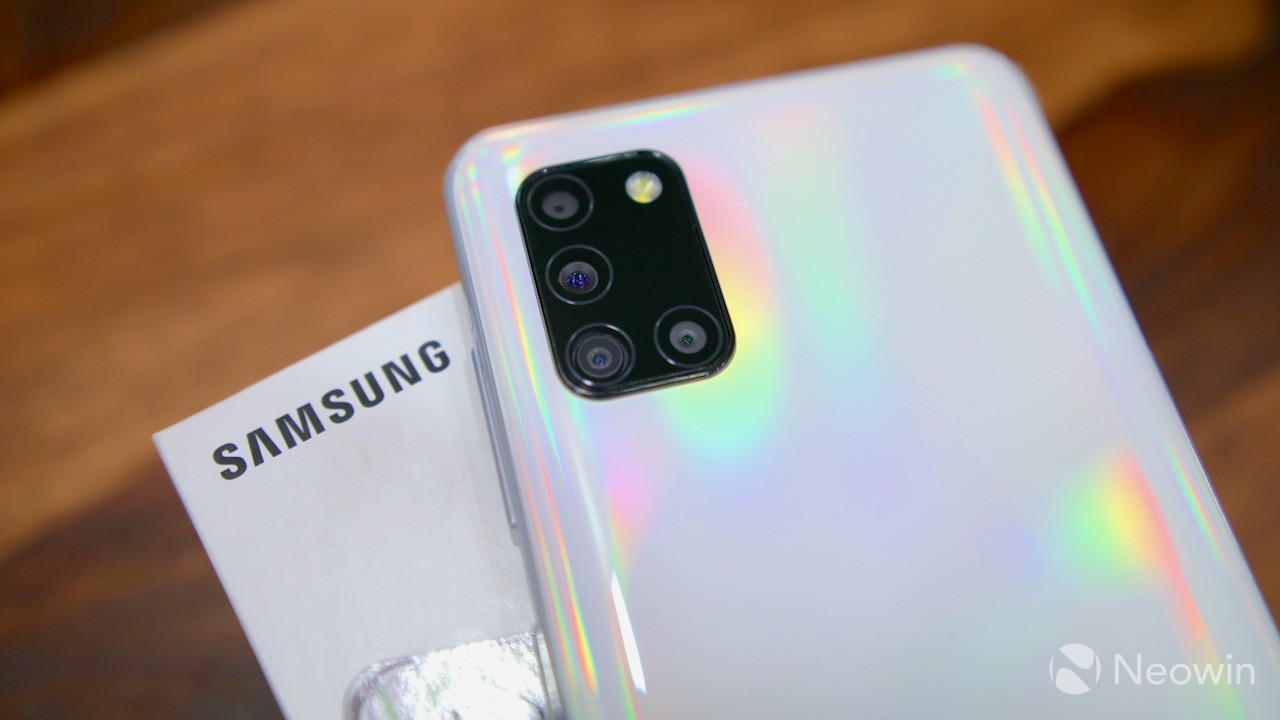 The Galaxy A31 comes with a quad-camera setup at the rear which comprises of a 48MP f/2.0 primary shooter, an 8MP ultra-wide angle shooter, a 5MP macro sensor, and a 5MP depth sensor. There’s also a 20MP selfie shooter at the front. On paper, the Galaxy A31’s camera specs might sound impressive for its price but the real-life results are a mixed bag. In daylight, the camera tends to output images that are pleasing to look at, though it boosts colors and saturation to achieve this. 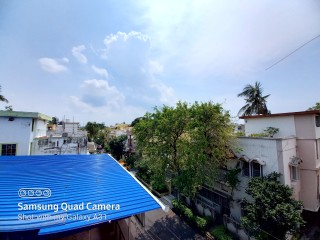 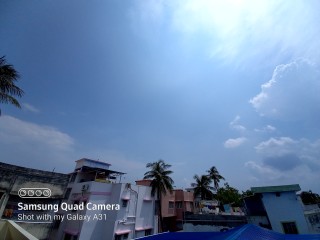 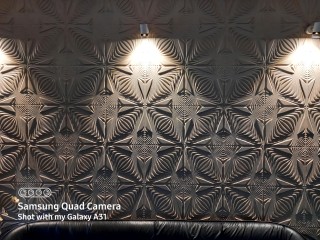 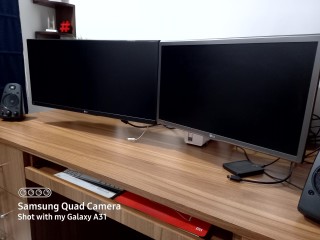 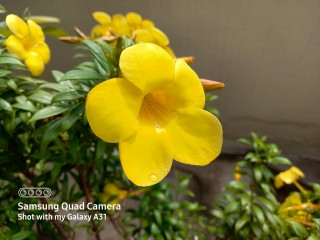 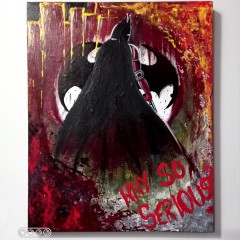 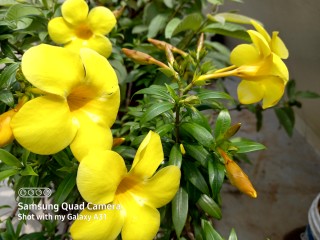 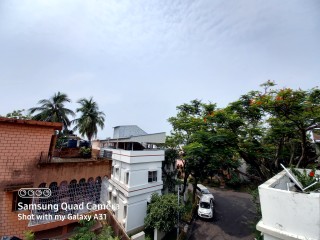 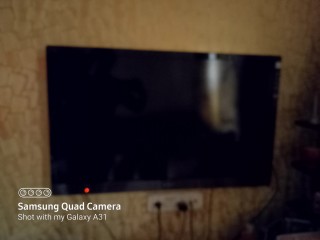 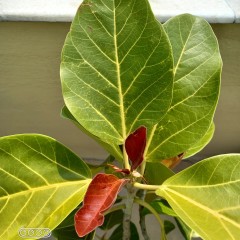 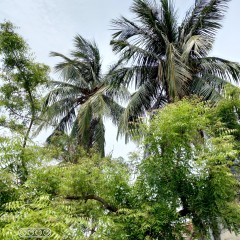 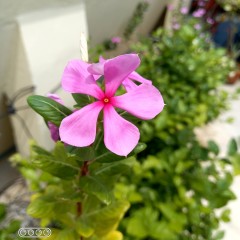 There’s no Night mode on the Galaxy A31 meaning its low-light photos are barely usable. They mostly tend to come out strictly ok, though there's a lot of noise and it is also easy to take a blurry photo if your hands are not extremely stable. The device also tends to struggle to focus in extremely dark situations. It is really surprising to see Samsung not include Night mode on a device that costs upwards of $300. Video recording capabilities are also sub-par as the Galaxy A31 cannot record videos in 4K or in slow-motion. 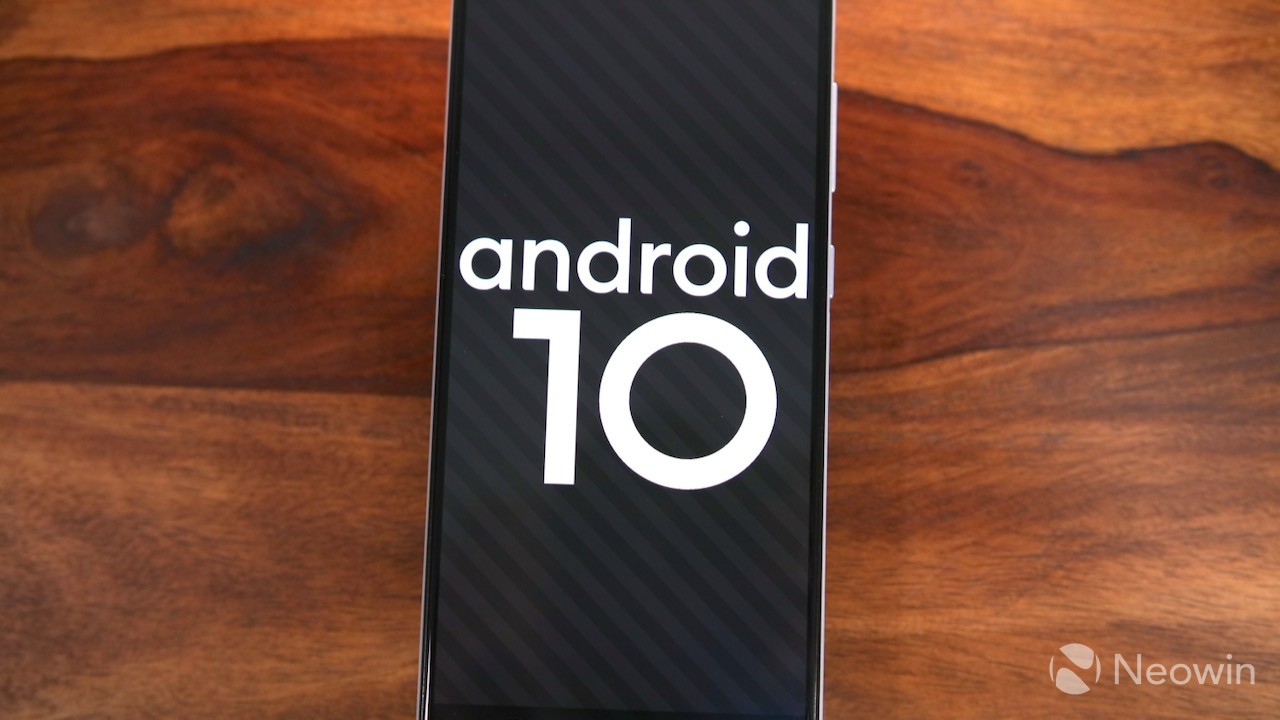 Samsung has traditionally used its own mid-range Exynos chips inside its Galaxy A devices. However, for the Galaxy A31, the company has switched over to MediaTek’s Helio P65 chipset. This is an octa-core low-end chip comprising of six Cortex-A53 cores and two Cortex-A75 cores running at 2GHz. This is paired with a Mali-653 GPU. In India, Samsung sells the Galaxy A31 in only one variant with 6GB RAM and 128GB slower eMMC 5.1 storage.

The Helio P65 chip is not exactly a performance monster. It is a fairly old chip that is usually found inside devices that are far cheaper than what the Galaxy A31 costs. Thus, Samsung’s decision to use this chip inside a device that costs upwards of $300 is definitely a perplexing one. In day to day use, the Helio P65 can hold its own and unless you push the A31 hard, you won’t notice any lags or stutters. However, this phone is not meant for gaming or heavy multitasking as the device starts struggling when pushed hard. While it can run casual games like Temple Run 2, performance in games like PUBG is sub-par. Thankfully, with 6GB of RAM as standard, the device can multitask with a bunch of apps open without coming to a complete halt. 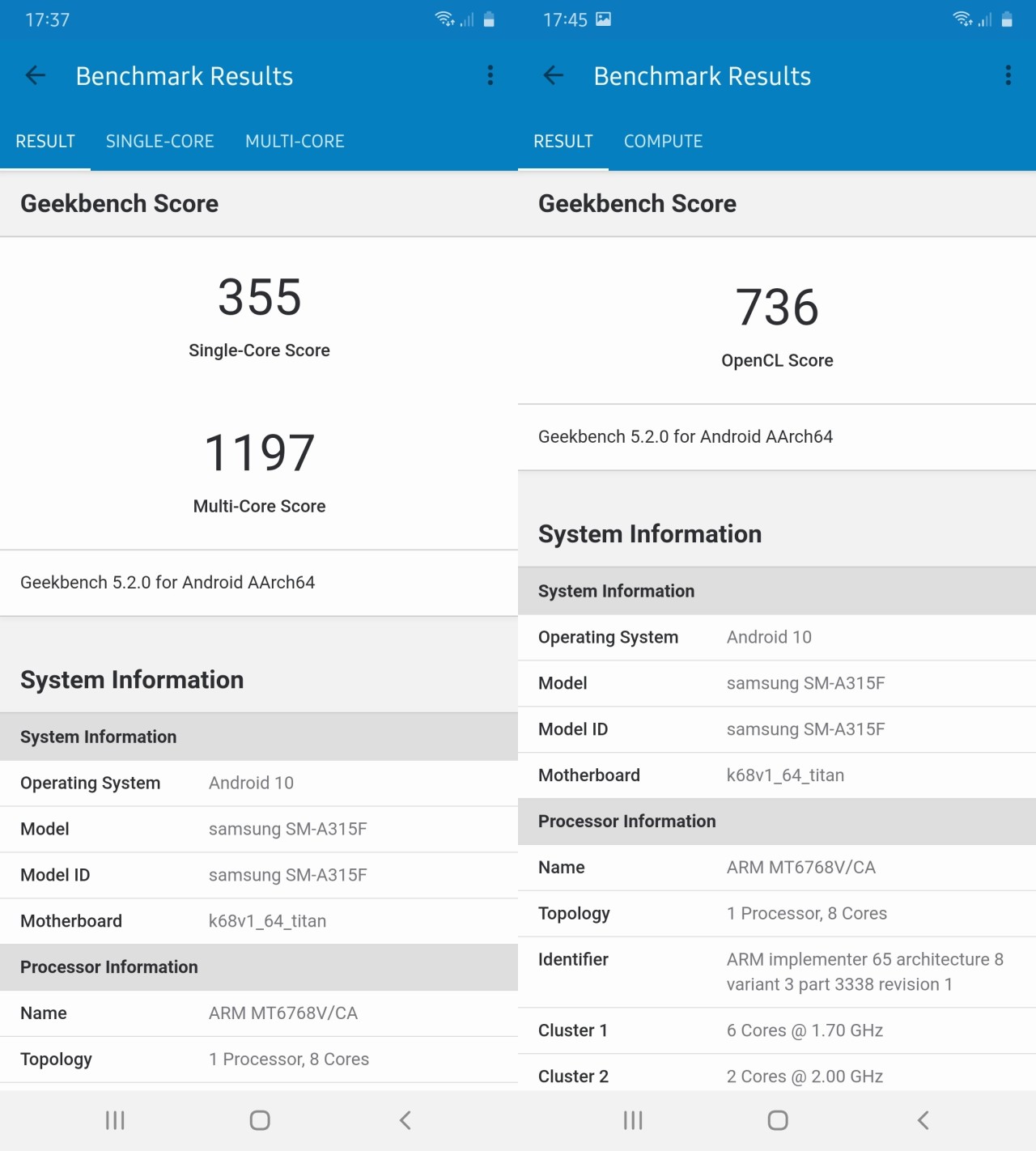 The weak chipset also means that the Galaxy A31 misses out on a number of features that are commonplace in other devices in this price range. This includes no 4K video recording, no EIS, no Night mode, average networking performance, and more. I am not sure as to why Samsung went with the Helio P65 chip on the Galaxy A31 and it is easily the weakest point of this device.

In terms of battery life, the Galaxy A31 truly shines thanks to its mid-range specs and a massive 5,000mAh battery. Even if you use the phone at full brightness with Always-On Display, spend a few hours browsing the web on 4G, play PUBG, or any other game for a couple of hours, you are still going to struggle to run down the battery in a day. On average use, the Galaxy A31 will easily last you almost 1.5-2 days on a single charge. One issue, however, is that the Galaxy A31 only supports 15W fast charging. Given the battery size, this is on the slower side and the device takes nearly 3 hours to charge from 0-100% which can be a bit frustrating. 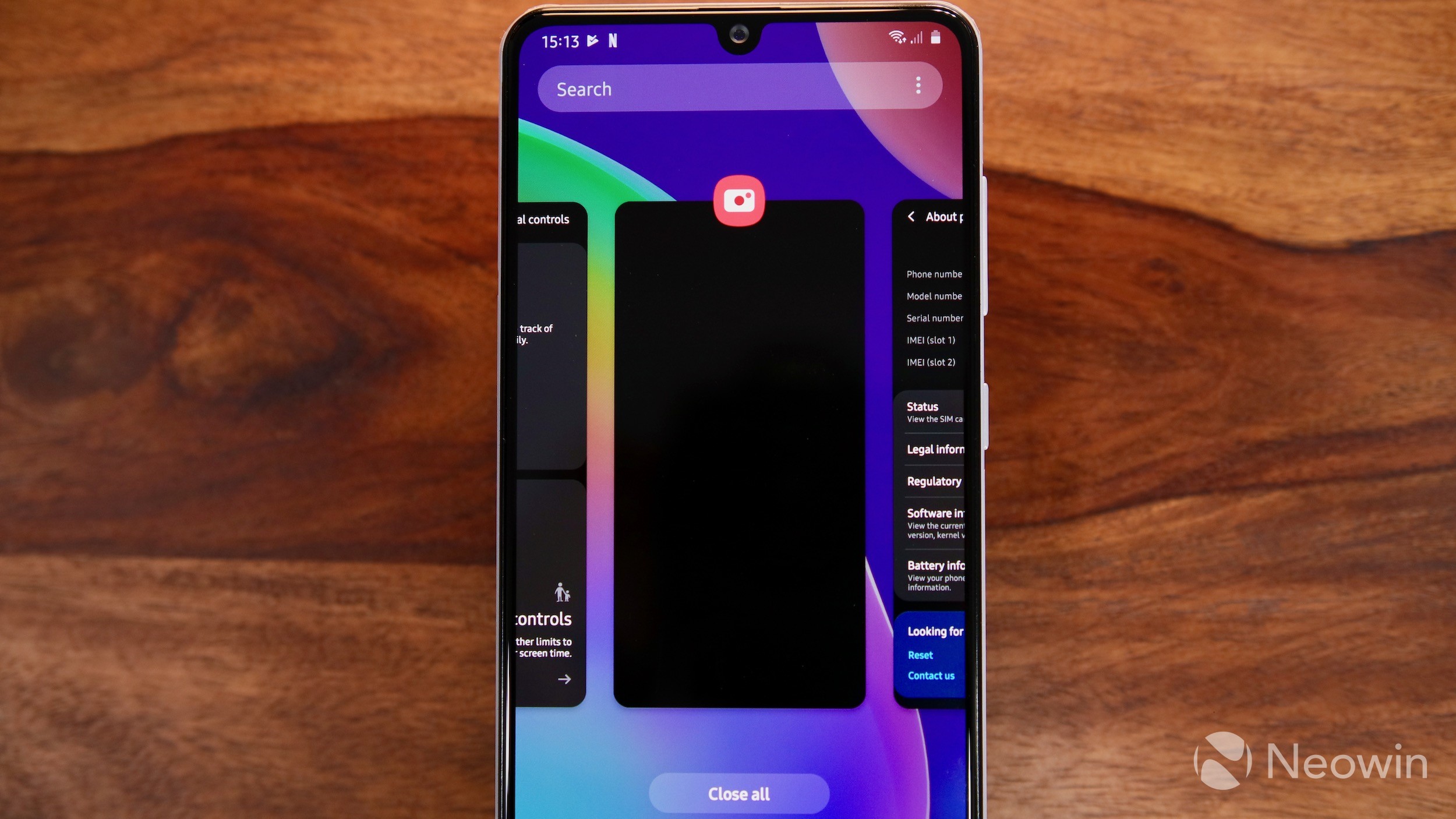 One of the highlights of the Galaxy A31 is its software experience. The device runs on Android 10 with One UI 2. The experience is largely the same as what you will get on more premium devices from Samsung including the Galaxy S20 series. Samsung’s skin has come a long way from the Touchwiz era and One UI is easily among the best OEM skins out there. The UI/UX seems well thought out and there are plenty of customization options and features to play around with as well. Some notable features of One UI 2.1 include Dark mode, Digital Wellbeing, themes support, non-intrusive incoming call UI, one-handed mode, and more. 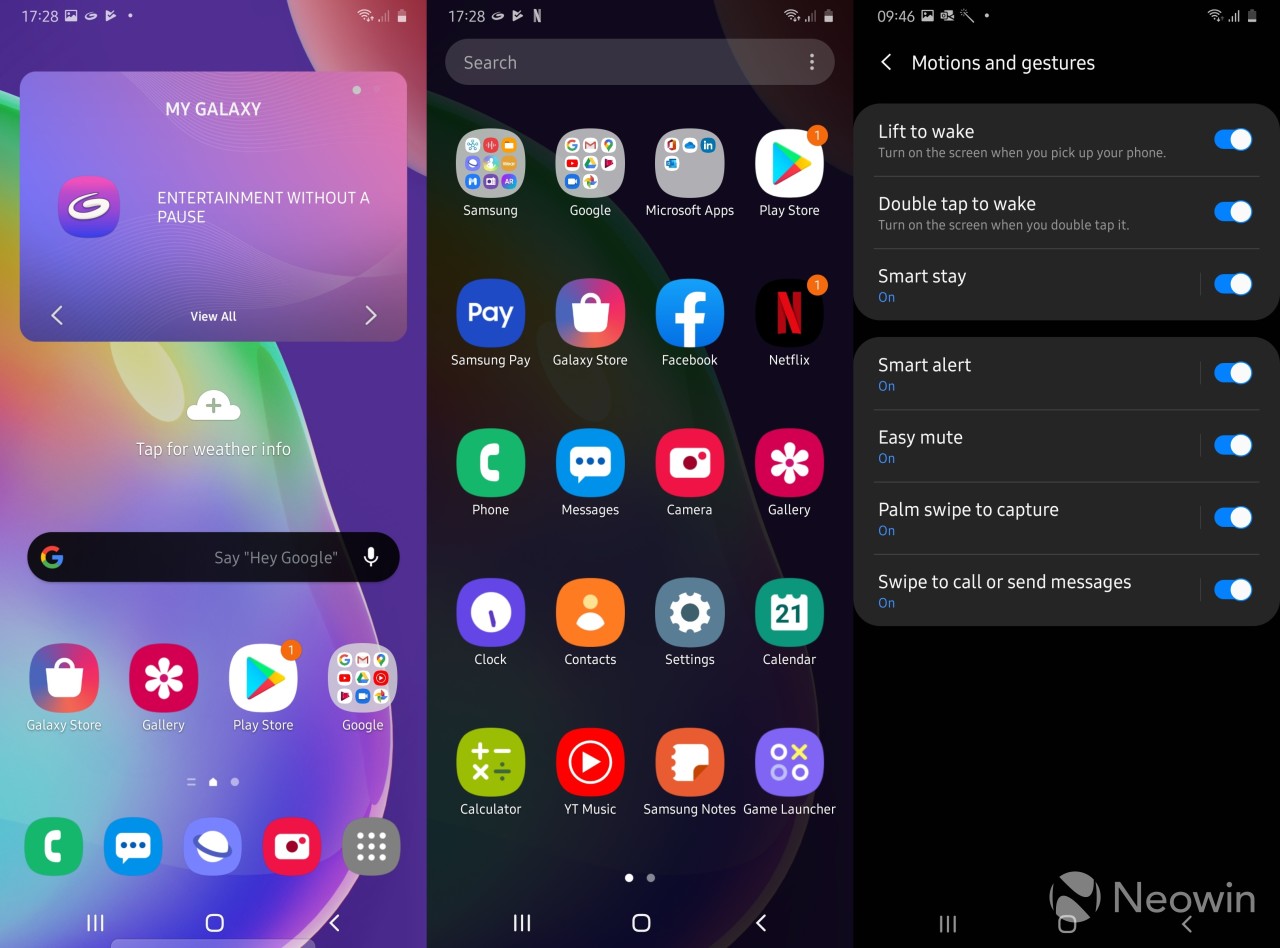 Another area where One UI 2.1 excels is in terms of multitasking features. You can run selected apps in a windowed mode on top of other apps. However, the weak chipset means that the multitasking experience on the Galaxy A31 is not really ideal as the device stutters and lags when switching between heavy apps. There are no system ads in One UI 2.1 on the A31, though there are some pre-installed bloatware and you will get some spam notifications from time to time.

Overall, the One UI 2.1 experience on the Galaxy A31 helps ensure that the device offers a level of experience that is higher than what its price tag and internals would indicate. 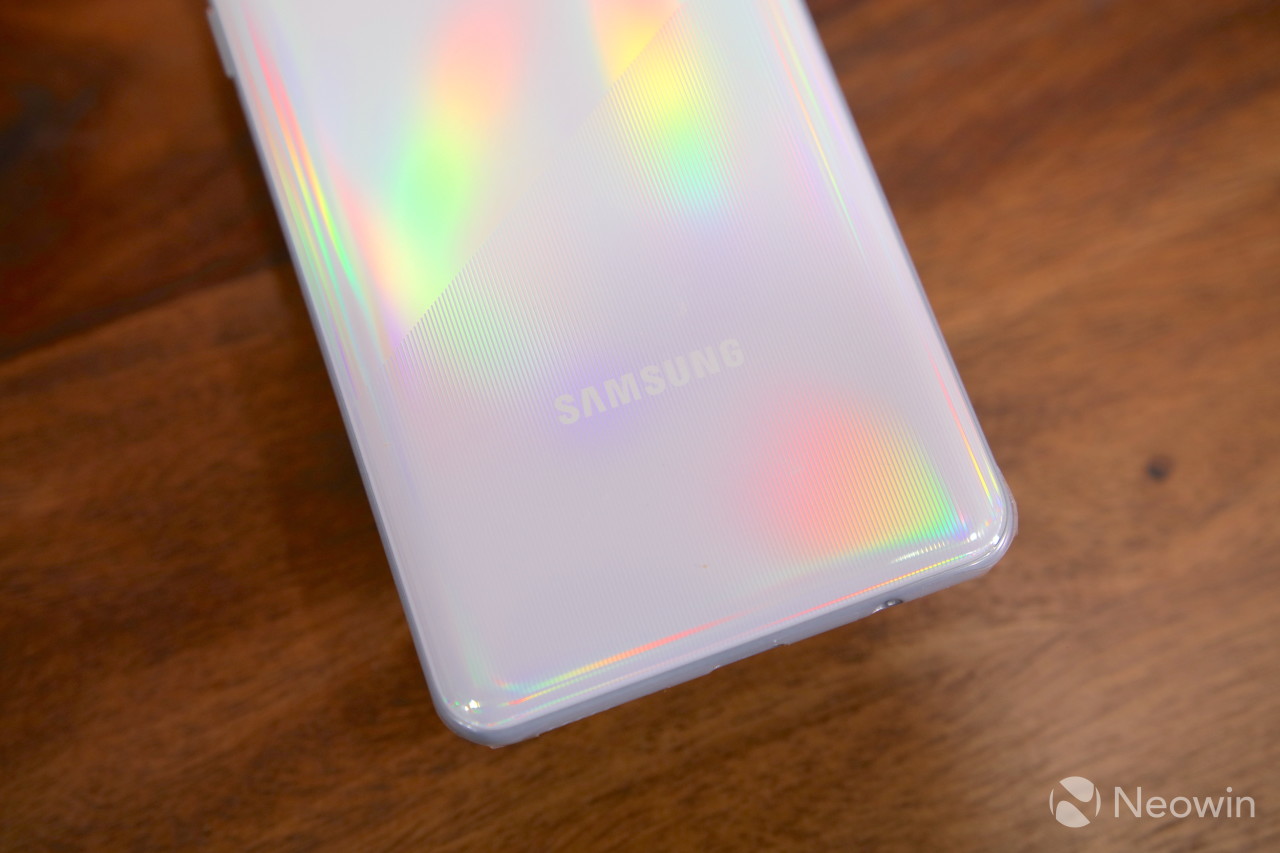 The Galaxy A31 is priced at Rs 21,999 ($300) in India. At that price, the device misses out on a lot of features that one can find in devices that are over $100-$120 cheaper than it. The Galaxy A30 was priced noticeably cheaper than the A31 in the region so it is a bit surprising to see Samsung jack up the prices by over $60 for a mid-range phone without bringing any major performance improvements to the table.

The Indian market is flooded with great offerings from Realme, Xiaomi, and Motorola which are far cheaper and more powerful than the Galaxy A31. Even in other markets like the EU, the Galaxy A31 is a tough sell when compared to offerings from Realme and Xiaomi. The only two highlights of the phone, in my opinion, are its display and the One UI 2 software experience. The inclusion of NFC is also going to be helpful in some regions, though I don’t think that one should pay a premium for the Galaxy A31 for this reason alone. Ultimately, the Galaxy A31 is a forgettable device from Samsung that can be overlooked. It also clearly shows why the company is losing out market share in the mid-range and budget segment to other Chinese OEMs.