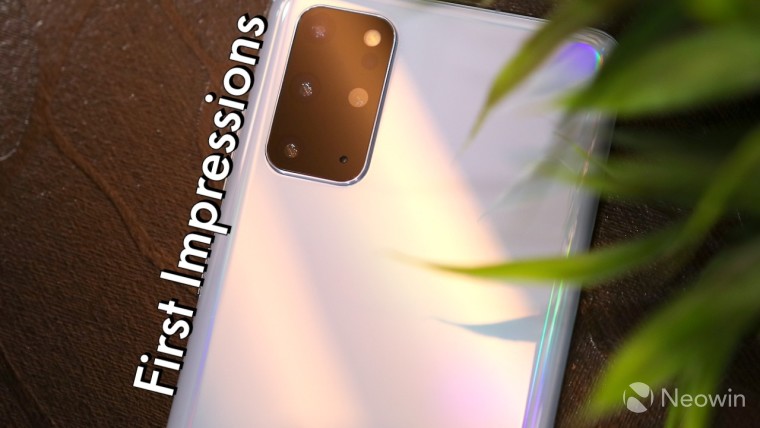 Samsung announced the Galaxy S20 series last month and the lineup went up for sale in major markets across the world from late last week. This time around, the Galaxy S20 lineup comprises of the Galaxy S20, S20+, and the S20 Ultra. While it is the Galaxy S20 Ultra and its massive 108MP camera that's hogging all the limelight in the media, it is actually the Galaxy S20+ which makes more sense for an average joe.

The Galaxy S20+ features a 6.7-inch QHD+ 120Hz Dynamic AMOLED display, 8/12GB RAM, 128GB storage, microSD card slot, and a 4,500mAH battery with 25W fast charging and 12W wireless charging support. The Galaxy S20+ packs the same internals as the Galaxy S20 Ultra but comes in a smaller and more compact package. It does have an entirely different camera system than its bigger brother though. At the rear, you get a 12MP f/1.8 primary shooter with large 1.8um pixels, 12MP ultra-wide angle camera, and a 64MP telephoto sensor with up to 30x hybrid zoom. There's also a ToF sensor. At the front, there's a 10MP camera for taking selfies.

You can check out our unboxing and first impressions of the Samsung Galaxy S20+ below. Do note that we have unboxed the 4G variant of the device with Exynos 990 chip that's sold in parts of Asia and Europe and not the Snapdragon 865-powered 5G variant available in the United States. In case you are interested in the Galaxy S20 Ultra, read our first impressions of it here.