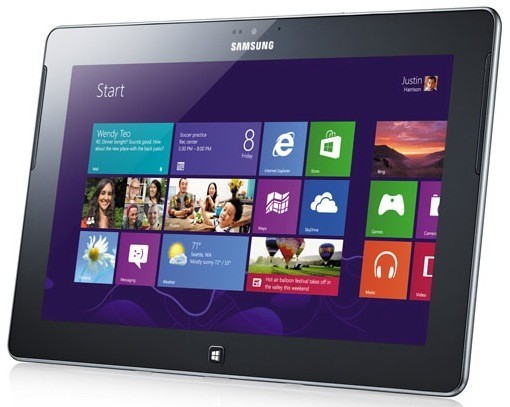 This is the Samsung ATIV Tab, which won't be released in the United States

Samsung has blamed weak demand and confusion surrounding Windows RT as reasons to why they won't be launching their Windows RT tablet - the Samsung ATIV Tab - in the United States. CNET heard from Mike Abary at CES 2013 in Las Vegas, who confirmed that the Qualcomm-powered tablet would not be showing up in American stores at all despite launching internationally last month.

There wasn't really a very clear positioning of what Windows RT meant in the marketplace, what it stood for relative to Windows 8, that was being done in an effective manner to the consumer. When we did some tests and studies on how we could go to market with a Windows RT device, we determined there was a lot of heavy lifting we still needed to do to educate the customer on what Windows RT was. And that heavy lifting was going to require pretty heavy investment.

When we added those two things up, the investments necessary to educate the consumer on the difference between RT and Windows 8, plus the modest feedback that we got regarding how successful could this be at retail from our retail partners, we decided maybe we ought to wait.

They also found that, alongside the money they would need to spend to educate users about Windows RT, the price of the ATIV Tab would not be competitive enough alongside full-blown Windows 8 tablets. Samsung understood that Windows RT tablets should be priced lower than their more powerful counterparts, however to do this they would have had to make too many trade-offs including lowering the available memory.

Abary noted, however, that Samsung would still be assessing the market in the United States and that they wont be "shelving permanently" the idea of bringing a Windows RT tablet to the region. It seems Samsung are hoping that Microsoft will put more effort into marketing of Windows RT as a whole (as opposed to just their Surface RT tablet) before returning to retail with a new product.

The news doesn't bode well for Microsoft though, who seem to be struggling to highlight the advantages of a Windows RT machine to consumers. On the other hand, with the recent release of a jailbreaking tool there is a chance that Windows RT will become a new playground for avid homebrew developers.