Back at Computex, when AMD made its first public announcement about the RDNA 2-based GPU for a flagship Samsung's Exynos, the company stated that the new GPUs will be stacked with features we see on PC versions too. This included variable-rate shading (VRS), which would make sense on a mobile chip. However, real-time ray tracing was also a part of the feature set.

Today, Samsung has posted a comparison image of its Exynos GPU running ray-tracing on that hybrid SoC. The screenshot appears to be from a war game or a demo with ray-traced reflections of the fire being visible on the tank's body. 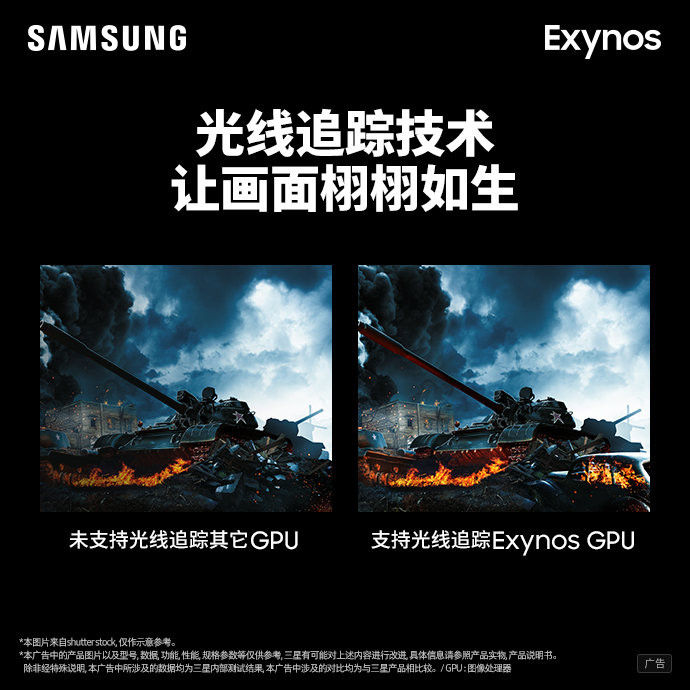 There are few other tidbits of ray-tracing present in some other places too like on the walls of the house in the background. Bizarrely, the car seems completely missing on the non-Ray tracing side but that is likely a visual glitch.

Running ray-tracing is an extremely challenging task even for the most powerful desktop GPUs. So it's probably a good sign seeing the technology on mobile hardware. However, details like framerate haven't been disclosed which means having the feature on may probably not be very helpful other than adding more eye candy.

But so far, from all the leaks and announcements, it seems pretty evident that the graphics side on this upcoming supposed Exynos 2200 is powerful enough. The CPU side however may not be the best out there.