Samsung is making it easier for owners of Windows phones to switch to its range of Galaxy Android handsets.

The company has released an update for its Smart Switch app, which allows users to transfer content from their existing handsets to Galaxy devices. Until recently, only devices running Android 4.3, iOS 5 and BlackBerry 7 - or more recent versions of those operating systems - were compatible with the app, but as SamMobile notes, the latest update adds support for Windows Phone 8.1 handsets too. 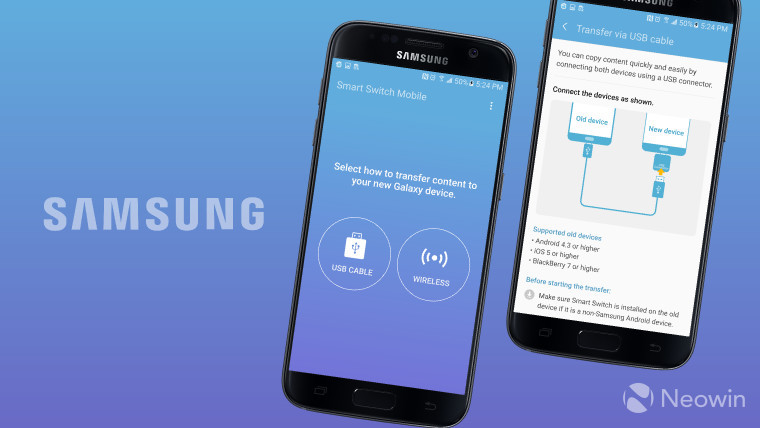 The exact types of content that can be moved between devices varies, as Samsung explains:

Note: Smart Switch scans and transfers content stored on the device and from the SD card (if used).

The app supports either wired or wireless transfers, but again, this varies depending on the OS and device being used. Further details about this are available in the app listing on the Google Play store.

The latest update also brings additional support for switching from iOS 9 devices, allowing users to import all of their documents from the iWork suite to their new Galaxy phone. There are various other improvements to the app too, including speedier transfers and bug fixes compared with previous versions.

Of course, given the headlines that Samsung has been attracting in recent days, not everyone will be keen to make the switch immediately - but it's nice to have the option.