Samsung has scheduled an event for September 3 during the IFA trade fair and has started sending out press invites.

Going by Samsung's release cycle from the recent past, we can expect the company to launch the next iteration of the Galaxy Note phablet at the  event which is generally the launchpad for high profile devices such as the S and Note series. 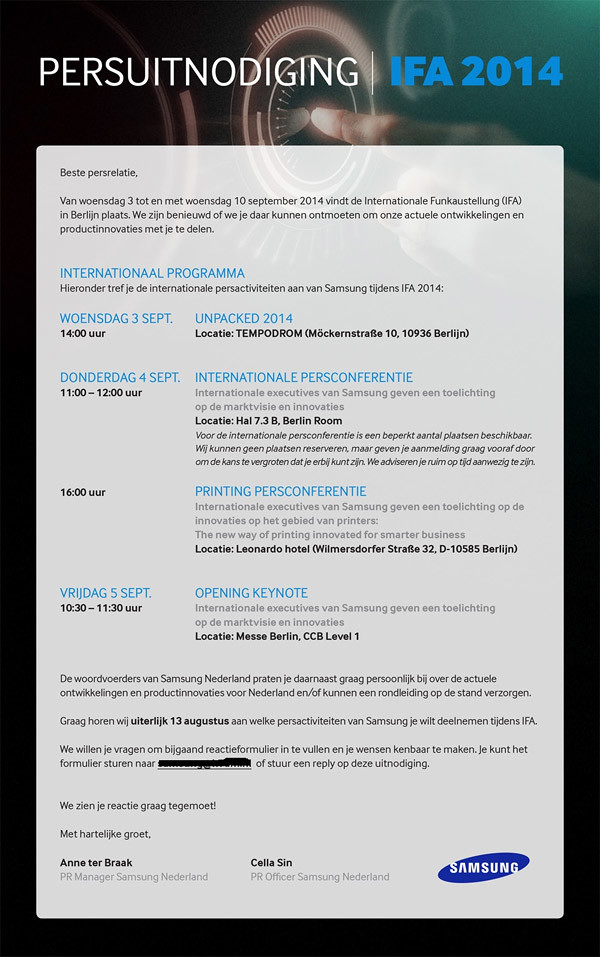 So far we have heard rumours that the Galaxy Note 4 would launch on September 3 and the press invite virtually confirms the earlier information. The Note 4 is expected to be a 5.7-inch phablet with a Quad HD display featuring the latest Exynos 5430 or Snapdragon 805 processors depending on the launch market. On the optics front, the smartphone would rock a 16 megapixel camera with a Sony lens at the back and a 3 megapixel front facing camera.

It has also been revealed in the past, that the device might feature a curved OLED screen in some markets. Additionally, Note 4 will retain the fingerprint scanner and heart rate sensor which were introduced in Samsung's flagship smartphone, the Galaxy S5, earlier this year,