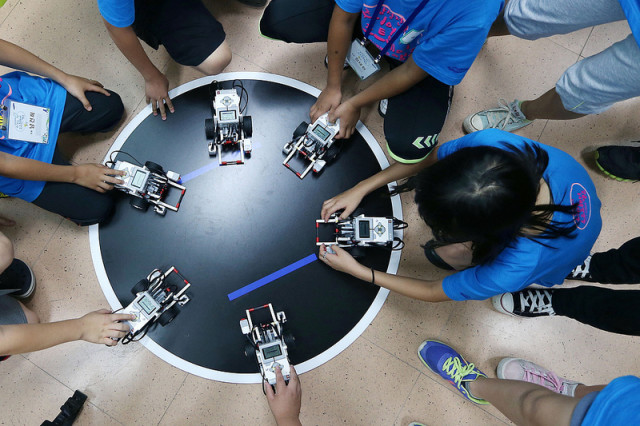 To say Samsung is a big company would be an understatement. The company dabbles in a huge number of fields, and education just happens to be one. The company plans to bring after-school software clubs to its home country of South Korea, according to a Samsung Village post.

The ‘Junior Software Academy’ invites students between the ages of eleven and seventeen to learn about software and engineering. The club should reach around 500 schools in South Korea, with roughly 10,000 members at most.

Lessons would be extra-curricular, so could not be worked into a school timetable. As a result, they will take place after school or on weekends, for the most part.

This timing also works well for Samsung employees, who are going to lead the lessons. Leadership also extends to software engineers, be they unemployed or college students; they will be able to act as part-time teachers, should they so desire.

Samsung’s intent is to produce “fresh sprouts of the software industry”. In doing so, they just might train up the next generation of corporate employees, too.