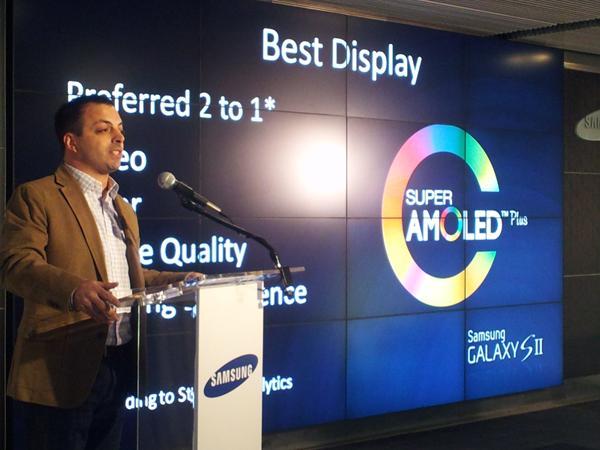 It has taken a while longer than first announced, but today, Samsung and three of the nation's big wireless carriers have officially announced plans to offer the Galaxy S II smartphone. The Android-based product has been released in other parts of the world for the past few months and has already sold 5 million units.

All three versions of the Galaxy S II will share some basic specs such as 16 GB of storage, an 8 megapixel camera with 1080p HD video recording support, a 2 megapixel front camera for folks who want to do video chat and more. However, there will be some differences depending on which phone carrier you use. AT&T's version of the Galaxy S II will have a 4.3 inch touch screen display, while the versions from Sprint and T-Mobile will have a larger 4.5 inch screen. Sprint's version of the phone will also get a different name, the Samsung Galaxy S II Epic 4G Touch, and it will also support connections on Sprint's faster WiMax-based network. Both Sprint and AT&T's version of the phone will get Samsung's own homegrown Exynos duel core processor inside, but there's no word yet on what kind of processor will be inside the T-Mobile version.

Sprint says it will be the first wireless carrier to sell its version of the Samsung S II in the US on September 16, and will be priced at $199.99 with a two year contract. Sprint will start to accept pre-orders for the smartphone soon, if people purchase a $50 Sprint gift card. AT&T's version will go on sale just two days later on September 18, but pricing was not announced and T-Mobile will reveal more info about its Samsung S II phone in the coming weeks.