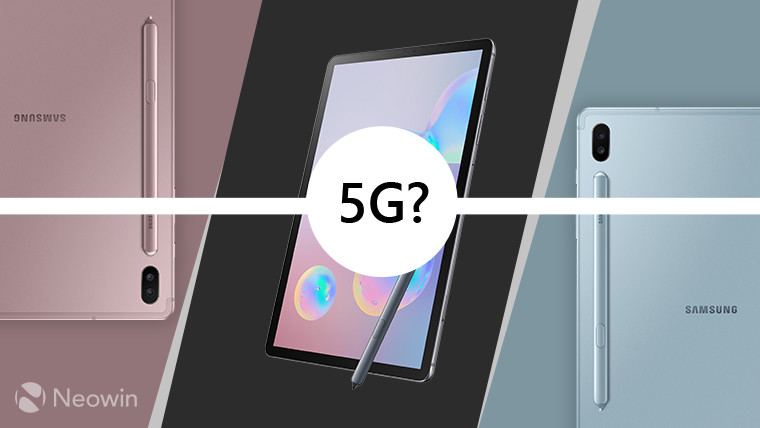 Samsung unveiled the Galaxy Tab S6 tablet back in September. The device, powered by Qualcomm’s flagship Snapdragon 855 chipset, came with a few new features such as the redesigned SPen that charges wirelessly in a recess in the device, improved speakers, enhanced DeX capabilities, updated keyboard cover and more.

While the device also launched with a 4G LTE variant, hints of a device sporting 5G connectivity options being in the works appeared when it received Bluetooth SIG certification and Interoperability Certification from the Wi-Fi Alliance, bearing model number SM-T866N. Now, official confirmation of such a device might have come from the company itself if a promotion on Samsung’s Korean website (via SamMobile) is to be believed.

A promotion being run on Galaxy tablets that involve discounts and freebies offered, lists the Galaxy Tab S6 5G as coming soon. It is unclear as to when this device would see the light of the day and what markets it will be released in. However, when launched, the Tab S6 5G would be one of the first devices of its form factor to bring 5G capabilities. Since the device is around 3 months old and runs a chipset that is capable of 5G, it wouldn’t be surprising to see the lack of any hardware changes.

With wireless carriers increasing the pace of 5G rollout not just in the US, it looks more likely that a global launch of the Tab S6 5G is possible. As for the launch date, though nothing concrete is known yet, it may make sense for the company to unveil this tablet at CES 2020, which is just around the corner.