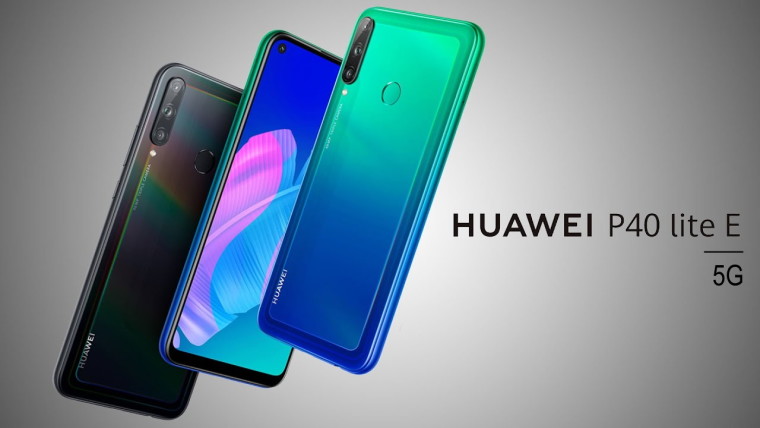 While UK readers are missing out on Samsung Week, taking place between August 24 until September 6, because it's only available to American consumers, Amazon UK does have a deal on the Huawei P40 Lite series of phones, knocking up to 25% off the P40 Lite E variant and 24% off the P40 Lite 5G version of the phones.

Launched back in March, the P40 Lite E features a 6.39-inch FHD+ punch-hole LCD display powered by a Kirin 710 chipset and packs 4GB RAM along with 64GB storage and is dual-SIM. It also packs a quad-camera system at the rear which includes a 48MP f/1.8 primary shooter, an 8MP ultra-wide angle, and 2MP depth and macro sensors. There is a 16MP f/2.0 selfie shooter at the front. The Midnight Black and Aurora Blue colors can be had for £134.99 which at 25% off is a savings of £45.

Both variants are powered by a 4,000mAh battery and comes with 40W SuperCharge support that can charge the devices to 70% in just 30 minutes. Other specs of the device include a side-mounted fingerprint scanner, a glass design, Wi-Fi ac, Bluetooth 5.0, and USB-C. The phone runs on Android 10 with EMUI 10 skin on top of it.

In addition, today you can also save £100 off the flagship Huawei P40 now on sale for £599.99, which is only 14% off its sticker price, but for that you'll get a 6.1-inch dual punch-hole display with a 32MP selfie camera, 3800mAh battery, and the Kirin 990 5G chipset. It sports a triple-camera setup at the rear which will include a 50MP primary camera along with a 16MP and 8MP Leica Ultra Vision sensors, and of course it supports 5G.

You can view all the Huawei phone offerings here, as well as other Amazon Deals of the Day here.