One thing's for certain, Windows 8.1 is done and it finalized at build 9600. A new screenshot that was first posted on the MyDigitalLife forums by a member going by the handle 'Cleric', and then on ours shows this fact. 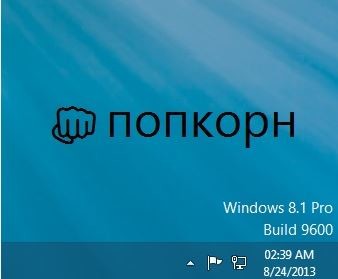 Not much to see here, except that it's done.

There had also been whispers that the RTM would leak over the weekend, but that was also quickly put to bed by AngelWZR on Twitter:

Don't want to disappoint you guys but any info about leak of RTM build for now is bullshit. No one of "Russian leakers" has an access to it.

Please excuse the colourful language, but it gets the point across.

The source of the image also pointed out on the MDL forums, that those who currently have access to the RTM version are "being watched closely"; so for now we'll all have to wait until general availability on Oct. 17th.

Thanks again for the tip FaiKee!