A security vulnerability affecting 16 companies worldwide, including Air Canada, the CN Tower, and the San Diego Zoo, has potentially revealed the unencrypted credit card data of hundreds of thousands of customers, according to a report by threat detection firm Wandera. 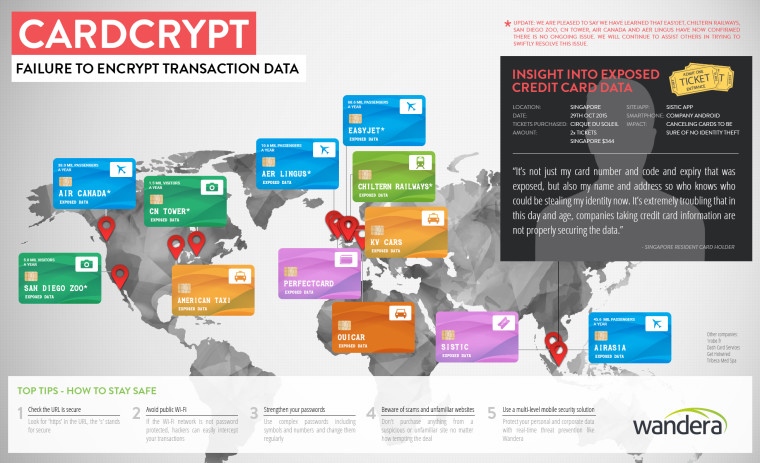 According to Wandera, the 16 affected companies - which are listed below - serve a combined 500,000 customers a day, meaning information on hundreds of thousands of credit cards may have been exposed over the course of the vulnerability.

The 16 companies currently affected by the security vulnerability are:

Although it is currently unknown whether any credit card information has been accessed by an unauthorized third party, customers of the aforementioned companies should take steps to secure their information, including potentially cancelling any affected credit cards and monitoring their accounts for any suspicious activity.

Wandera has called on all affected companies to implement proper security protocols and encryption in their services. Chiltern Railways, the San Diego Zoo, CN Tower, Aer Lingus, easyJet, and Air Canada have confirmed that they have resolved the issue and fixed their security vulnerabilities.