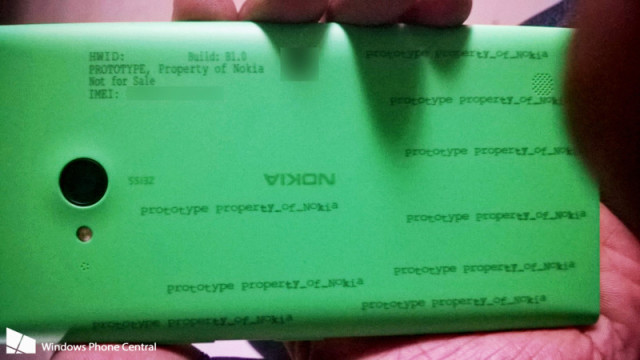 Two images have leaked online which reportedly shows off both the "Lumia Debian Red" firmware and a bright green variant of the mid-range "selfie" Lumia 730 smartphone, codenamed "Superman". The device is being dubbed the "selfie" phone for its inclusion of a 5Mp camera up front, although no other details of the strengths and weaknesses of that shooter are currently known. 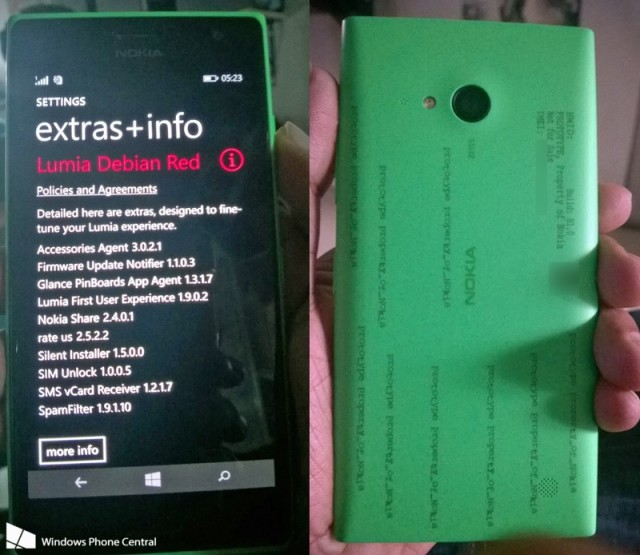 Q: What's green and red and goes a hundred miles an hour? A: A frog in a blender.

The Lumia 720 successor is also expected to launch sometime this month. According to previous reports the upgraded 720, will fit nicely in between the low-end 630 and the high-end 930.

The Lumia 730 reportedly has the product codes RM-983,984,985 – all of which we’ve seen running in the wild in some app data. The phone itself is rumoured to have some decent specs:

On top of this, the device may feature a new design distancing itself a bit from the previous 720.

As reported by WPCentral, the name of the firmware is 'Debian Red,' which is the actual name of a color, though more often associated with the Linux Distro. However, Debian Red' is very likely the internal codename, similar to how Lumia Black was originally called 'Bittersweet Shimmer' and Lumia Cyan was 'Cherry Blossom Pink.' The firmware names go in alphabetical order, starting with A for Amber, Black, Cyan and now D for Debian Red.

However, Nokia has limited options when it comes to naming their latest firmware, with Dandelion and Denim being the two (and only) most obvious one word choices.

It's currently unknown when "Debian Red" will debut on current 8.1 devices.