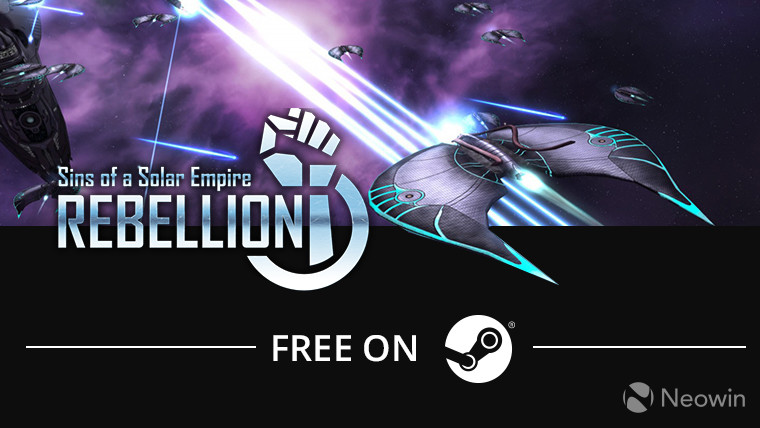 Stardock and Ironclad Games' Sins of a Solar Empire: Rebellion is being given away again, and this time the promotion comes straight through Steam, so there are no key expiration dates to worry about.

Just as before, the giveaway comes with the full base game and all of the previously released expansion packs of the real-time strategy (with 4X elements) title. However, the game's four DLC packs - one of which, Minor Factions, just released today - are not included and will require shelling out some extra cash to grab. They are on sale for anyone interested, as well.

Normally, Sins of a Solar Empire: Rebellion would come in at $39.99, but for the next two days, until December 19 at 10am PT, anyone can claim a free copy for their library from its Steam store page and all that's required is a free Steam account.

Meanwhile, Ubisoft has kicked off a giveaway of its own today celebrating the Anno series' 20th anniversary, with it putting up Anno 1602 up for free on Uplay.