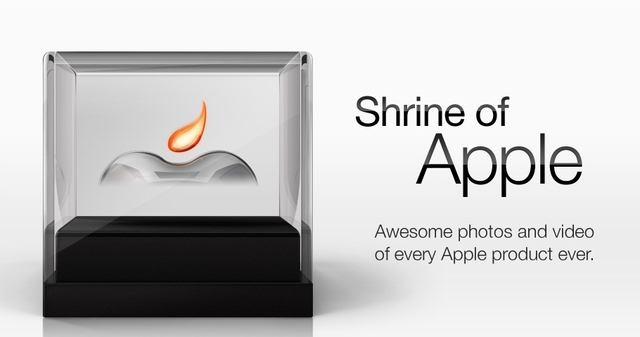 Ever wanted to look back and reminisce about Apple products of years gone by?

Soon you'll be able to sate your need for every tiny detail of more than 30 years of Apple products, from the Apple Disk II to the iPhone 4 - and everything in between.

The project has been dubbed Shrine of Apple and it's the work of geek and self-professed ''vivid Apple collector'' Jonathan Zufi. According to the man himself, the idea behind the site is simple: ''to showcase the entire spectrum of products that Apple have sold to the public since 1976 – every product Apple Inc has ever produced, in the highest quality and definition possible.''

What that translates to is an individual page for every product spanning 35 years, each featuring a gallery of high-resolution images and a slick video showing off the product in a manner not unlike Apple's own modern advertising. While other sites - Mr Zufi points out Mactracker as just one - feature more detailed technical information about the Macs of days past, Shrine of Apple is apparently all about the visuals.

While the site only launched less than 48 hours ago, there's already a sizeable collection available for your viewing pleasure, from the Power Mac G3 All-in-One to the more obscure Quicktake 100 digital camera, capable of capturing a whopping eight 640x480 photos.

For visitors curious about how Mr Zufi and his helpers put together their photographic tributes, there's a fairly detailed FAQ page that explains the whole process. He has also promised plenty more products to come, and those with an eye for detail are welcome to point out errors or make comments. All in all, the site is definitely the work of an absolute Apple fanatic and it's well worth a quick stroll down memory lane, Cupertino-style.