Microsoft has been working to improve its Xbox One ever since its launch, and the company recently reaffirmed its commitment to monthly updates to keep adding new features and enhancements to the console. The company’s third-party content partners have also been doing their bit to make the device more compelling, and the latest addition comes from Sky in the UK.

Sky has announced the launch of its NOW TV app for the Xbox One, bringing some of its best movies, sports and entertainment content to the platform. The service is now available on over 50 devices, including Sony’s PlayStation 4. 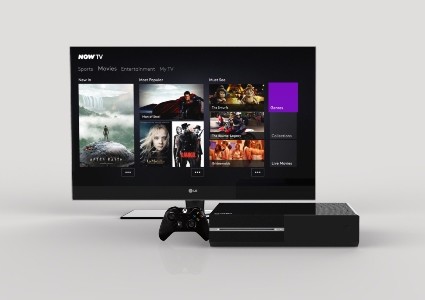 Although you won’t need to sign up to a contract to use it, access to the service is dependent on the packages that you select. The Entertainment Month Pass costs £4.99, and lets you watch 12 of Sky’s top pay-TV channels, including Sky Atlantic, Sky 1, Discovery, GOLD and Nickelodeon.

The Sky Movies Month Pass offers access to over 800 movies, from the latest blockbuster releases to cult and indie movies, for £8.99 a month, after a free 30-day trial. And if sports are more your thing, you can get 24 hours of access to all Sky Sports channels with the Sports Day Pass for £9.99.

The launch of NOW TV on Xbox One follows the recent arrival of a new GoPro channel on the console.