It was just under a month ago that we reported that a handy new Recycle Bin feature could be headed for Microsoft’s cloud storage service, SkyDrive. Today, Microsoft officially announced the feature, which mirrors its desktop counterpart’s facility to retrieve files that have been accidentally or prematurely deleted.

In a post on one of its many, many blog, Microsoft offered more details on the Recycle Bin feature. The confirm-to-delete action has been removed, so that now when you delete a file, you’ll get a confirmation that the file has already been deleted, with the option to ‘undo’ delete. 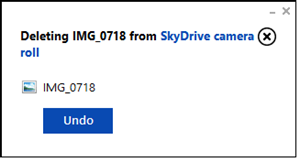 Additionally, the contents of the SkyDrive Recycle Bin can be accessed to view by thumbnail: 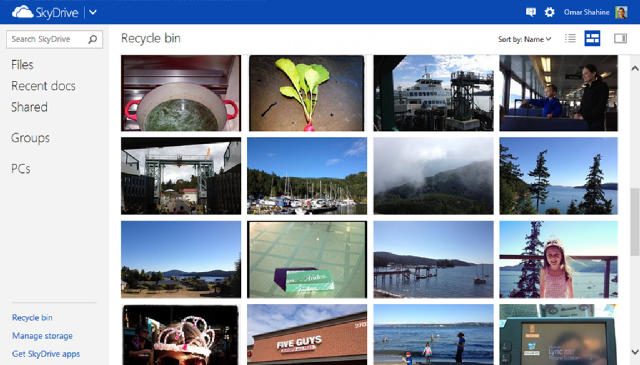 …or in the Details view: 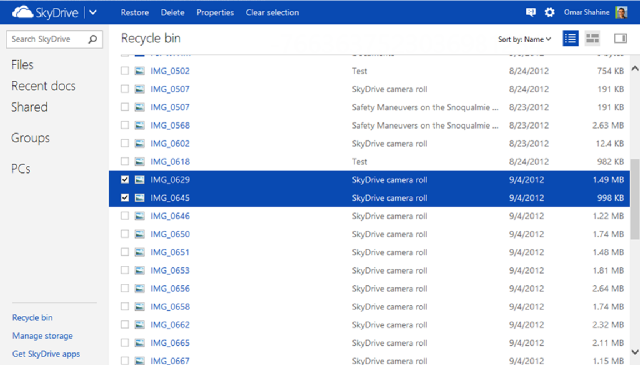 The Recycle Bin feature is rolling out immediately on SkyDrive, but it may take up to 24 hours to be made available to all users.

Microsoft also detailed some of its plans to introduce Excel surveys, which would allow users to create and deploy simple surveys online through Excel (including the Excel Web App available in SkyDrive). Find out more at the Inside SkyDrive blog.

Source and images: Inside SkyDrive