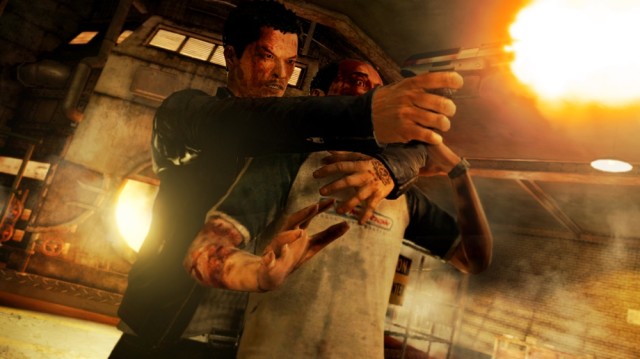 Not only does January 1st, 2014 start a new year, it also bring some new freebies from Microsoft to Xbox 360 owners who are also paid Xbox Live Gold subscribers. The company announced today that January 2014's free games in their "Games for Gold" program are both published by Square Enix: “Sleeping Dogs” and “Lara Croft and the Guardian of Light."

The announcement says that "Sleeping Dogs" will be offered for free from January 1st-15th. Developed by United Front Games and first released in August 2012, this open world action game has the player taking on the role of an undercover cop who is trying to take down the criminal Triads of Hong Kong. "Sleeping Dogs" normally costs $19.99 to download for the Xbox 360.

From January 16th-31st, Xbox Live Gold subscribers can download “Lara Croft and the Guardian of Light". This is spin-off of sorts from the long running Tomb Raider franchise. Instead of a full third-person action game, "Lara Croft and the Guardian of Light" offers players a top down viewpoint as they guide adventurer Lara Croft through a number of puzzles and have her deal with many different enemies. It also supports co-op play with a friend. First released in 2010, the game normally costs $14.99.

Recently, Microsoft confirmed that owners of the new Xbox One console who sign up for Xbox Live Gold will be able to download free games every month as well, starting sometime in 2014, but details have yet to be announced.