During an interview with GameReactor, Slightly Mad Studios, the developer behind the Project Cars franchise, took aim directly at Forza Motorsport 7 and Turn 10 Studios. Andy Tudor was asked if they felt any pressure from games like Forza and GT Sport launching this year, right next to their latest instalment of Project Cars. 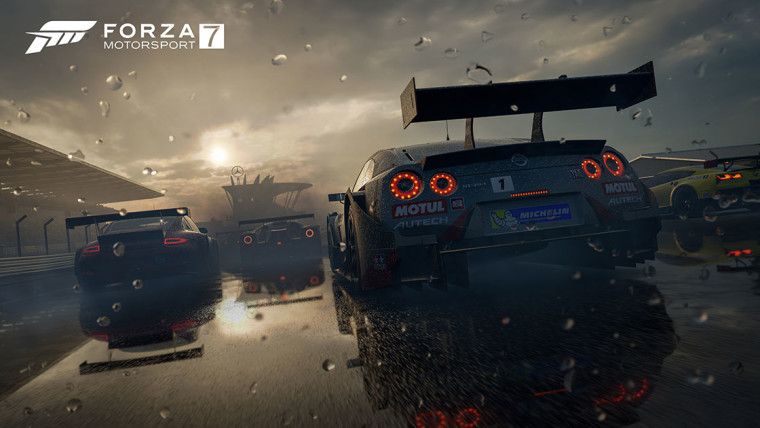 No, not really. Which sounds kind of bold and a bit arrogant, but no, because finally we've been making racing games for a very long time, and we've always been nipping at the heels of like the big brands that are out there. But this time around it's a bit of a different situation, they're actually playing catch up with us in many respects. You might have seen another racing game out there has just announced dynamic weather, well, if you remember back [sic] Project Cars 1 had that back in 2015. The ability to now play in 4K, well again, if you remember back and rewind to previous interviews with me, you could play Project Cars 1 in 12K. And it's the same thing here. Please go and play our CXC motion rig in VR, come back and tell me that we're not the most technically advanced racing game.

Project Cars was a community project on PC for many years before it launched on Xbox One and PlayStation 4. Turn 10 managed to get the Forza Motorsport franchise running at full HD and a locked 60fps on Xbox One, during a time when very few games could even hit 900p on the console. In stark contrast, Project Cars had extremely unplayable framerates and graphical glitches. The game was so unpopular, that it was given away for free during the February Games with Gold cycle.

Although Project Cars had dynamic weather before Forza Motorsport, the Forza Horizon franchise managed this long before their game launched on the console. At E3 2017, Microsoft showed the latest instalment of Forza running at a locked 4K 60fps, with dynamic weather. It remains to be seen if Slightly Mad can manage to get their game to run as good as this when Project Cars 2 launch this year on Xbox One and PlayStation 4.