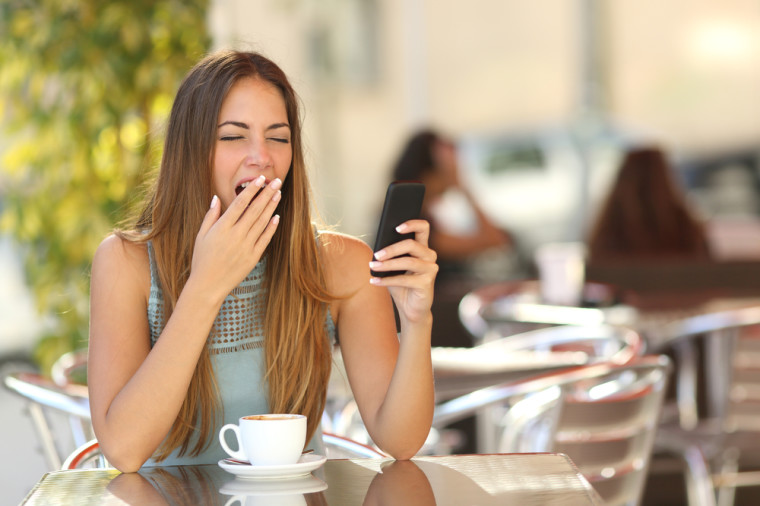 The phones we use today have gone out of their usual purpose, which is texting and calling. They have now improved dramatically, integrating features like surfing the internet, sending emails, writing documents, playing games, and whatnot.

Apparently, the smartphones of today have evolved even further, even being able to detect the level of its user's boredom. Several researchers over at Telefonica Research, all the way from Barcelona, Spain have created an algorithm that can measure a person's boredom just by looking at mobile activity, like the last time a person received a call or text message, and how often a person uses their phone. The data that they have come up with reportedly has an accuracy of 83% while predicting.

To help come up with this conclusion, the analysts first asked their respondents to rate the level of boredom they get every day in a span of two weeks, by using an Android app they created. The answers were then compared to data from the surveyed people's smartphones which measured how many apps they used, and how often the device was used.

With the data collected, the investigators built an Android app that tried to predict whether a user is bored or not. If the app detects boredom, it will pop up and ask the user if they want to read an article on BuzzFeed. A divided set of participants tried the app over the course of two weeks, and the researchers came to the conclusion that those who were predicted by the app as bored, were more likely to click on the BuzzFeed notification, more than those who were randomly pestered with alerts.

One of the co-authors of the research, Tilman Dingler, has stated that the researchers now want to go beyond the study, and see what kinds of content people might like to see whenever they're bored, and whether that might include some learning activities to feed the brain.

Back in July, as similar study was conducted, and claimed that the more time people spend on their smartphones, the more they are likely to be depressed.