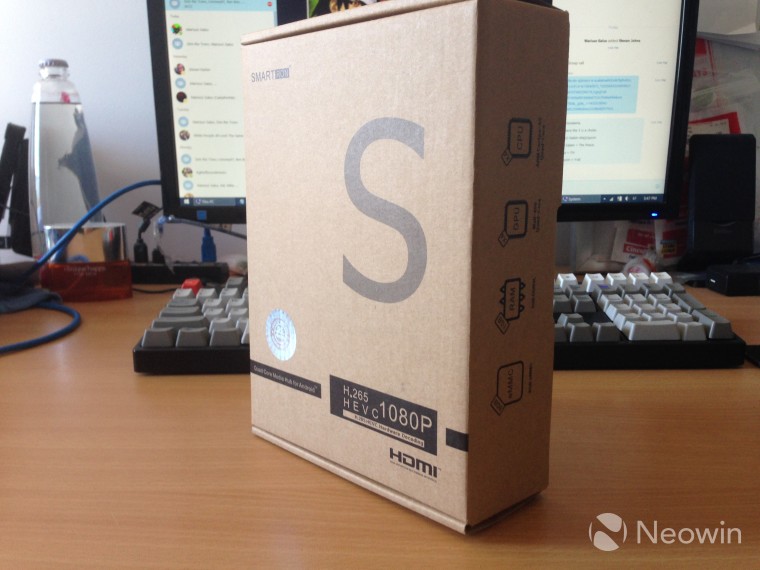 The Smartron S805 is based on the same chipset as the MK808B Plus we reviewed and gave away not too long ago, but the MK808B Plus lacks a number of features that make it less useful. This includes lacking things like a remote and IR receiver, as well as features like Ethernet support. Although the benefits do come at a cost: while the MK808B Plus rings it at around $30, this is about double that. Still, you end up with a more capable, more attractive and more capable device.

One of the things I've really liked so far is the AV input. Much like the Tronsmart AW80 Draco, it allows for a three-slotted 3.5mm jack. Two of the slots are the left and right channel audio, but the third slot is actually for video, allowing you to plug the device into old TV's that lack HDMI. By extension, of course, it also allows you to plug in a traditional audio/speaker system if using it on a display that doesn't have in-built speakers. 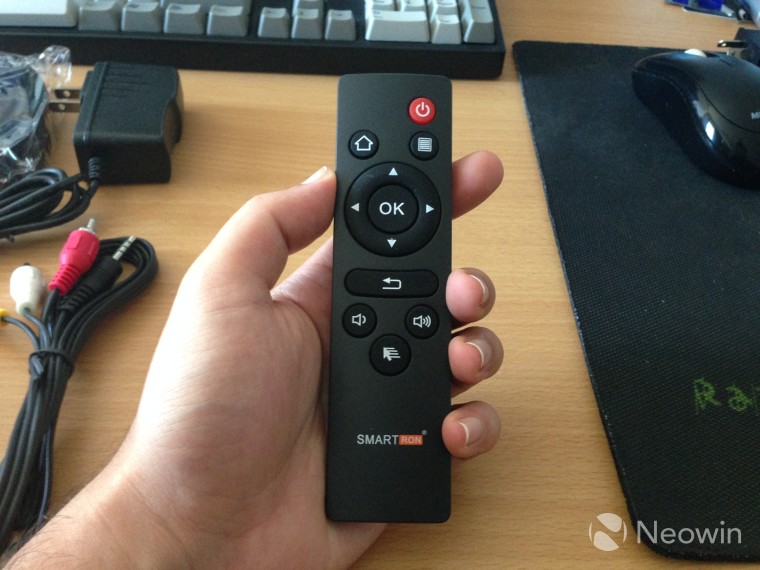 The remote is pretty awesome as well. The launcher the Smartron S805 uses is pretty much a clone of XBMC in the way it's laid out. It makes navigating and stuff fine with an IR remote. It has volume buttons which is always welcomed and a quick Home button that makes getting around fairly straight forward. Speaking of XBMC, it comes with XBMC, Netflix, BBC iPlayer and a few other apps out of the box.

My internet connection has been pretty horrible so I haven't been able to adequately review things like Netflix yet, but I hope to get to that soon. Some of the things I'm interested in include

The full review should be up in a few days, so keep your eyes out for it!