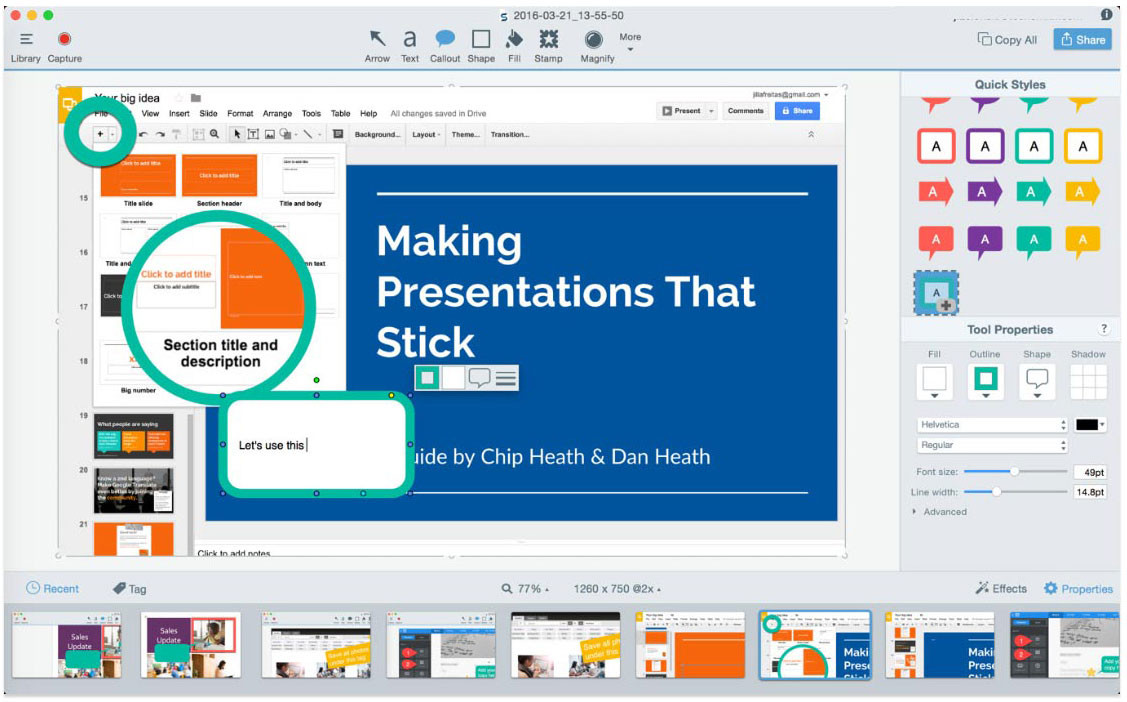 SnagIt is the most complete screen capture utility available. Showing someone exactly what you see on your screen is sometimes the quickest and clearest way to communicate. With SnagIt, you can select anything on your screen – an area, image, article, Web page, or error message – and capture it. Then, save the screen capture to a file, send it to SnagIt's editor to add professional effects, share it by e-mail, or drop it into PowerPoint®, Word®, or another favorite application. Capture and share images, text or video from your PC. Create beautiful presentations, flawless documentation and quickly save online content. The latest version of SnagIt offers a totally new interface and workflow - making SnagIt easier for beginners to use, while still providing maximum convenience and flexibility for the screen capture experts.