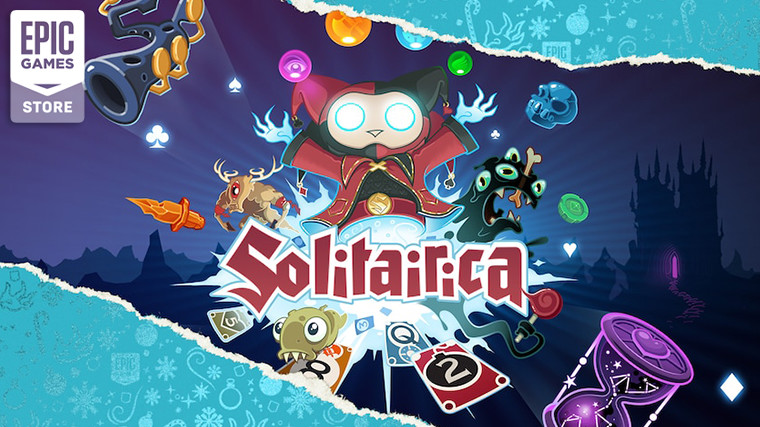 It is the 13th day of the Epic Games Store's daily holiday giveaway promotion, and to replace Stranded Deep from yesterday, the store has brought forward Solitairica as the latest freebie for PC gamers.

As its name suggests, the game is based on the popular tabletop game Solitaire, but with some added twists. Developed by Righteous Hammer Games, Solitairica implements roguelike progression and RPG turn-based combat to the standard card-based gameplay.

Claiming the game from Epic will net users the Windows version, but on Steam, there is a macOS version available which is currently listed for $9.99. The minimum requirements for this game are as follows:

Solitairica will remain free to claim on the Epic Games Store until 11AM ET tomorrow, December 30. The store only has two more games remaining in its latest giveaway spree, and it's unclear if the weekly freebie offer will continue afterward. The store's holiday sale is still ongoing too, alongside the lucrative unlimited $10 coupons offer.