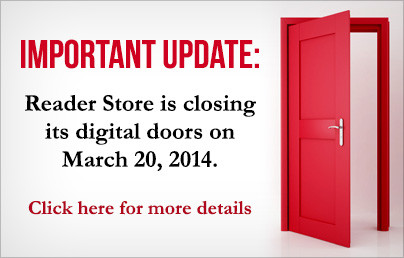 In addition to selling off its VAIO PC business and laying off 5,000 workers worldwide, Sony has announced it will be closing its Reader Store in the U.S. and Canada. However, customers of that ebook storefront will be able to move their accounts to another service, Kobo.

Sony's website has a full FAQ page on the changes coming to North American Sony Reader users. The Reader Store will shut down on March 20th for new eBook purchases, but subscriptions to electronic magazines have already been halted and won't be transferred to Kobo. Sony will send an email sometime in March to Reader users that will contain full instructions on how to transfer their ebooks and accounts to Kobo. The Sony Reader software will continue to allow users access to previously purchased eBooks until April 30th.

Sony was one of the first companies to come out with a dedicated ereader product in 2006, even before Amazon released its first Kindle device. However, the rise in tablet sales has cut the demand for ereader hardware. Sony released its last such product in the U.S. in 2012, they launched a new model in 2013 but it was not made available for sale in the North American market.