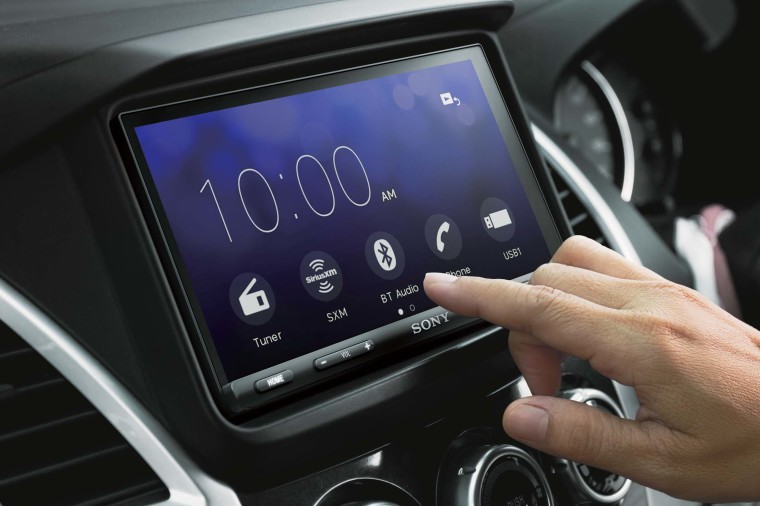 With every facet of our lives becoming smarter, the in-car entertainment system hasn't gone unnoticed. At CES 2018, Sony announced an update to its XAV-AX100 AV receiver, doing away with the antiquated resistive touch display, and implementing both Android Auto and Apple CarPlay.

The XAV-AX5000 brings a much-needed upgrade in the display department, upping the size to a 6.95 inch (17.6 cm) panel, which Sony touts as a 'bezel-less' touch surface. Beyond that, the unit comes with a set of aluminum hardware keys at the bottom of the display, which - to some - could spoil the otherwise sleek design.

As mentioned, the receiver comes with both Android Auto - which will receive support for Google's own virtual assistant - and Apple CarPlay support, making sure that no matter what your preferred platform might be, you could still enjoy some tunes on the road. The XAV-AX5000 features two USB ports, which supports several storage devices, in addition to lossless FLAC audio.

For those wanting to customize their in-car audio, the system is designed around a space-saving single DIN Rear Chassis, which gives you enough room to store additional cables and modules. It features a four channel amplifier, which delivers 55 watts x 4, and 20 watts x 4 output with DRA2 (Dynamic Reality Amp 2) power. It also includes an Extra Bass feature, which - according to Sony - works to overcome engine noise.

The XAV-AX5000 is blazing fast, doubling the speed at which it starts up compared to current products according to Sony's press statement. Beyond that, the AV receiver also features rear camera support, switching over as soon as the vehicle is placed into reverse gear.

Sony noted that the AV receiver will become available later this year, retailing for $429. This new model is slightly more expensive than its predecessor, which retails for around $400.