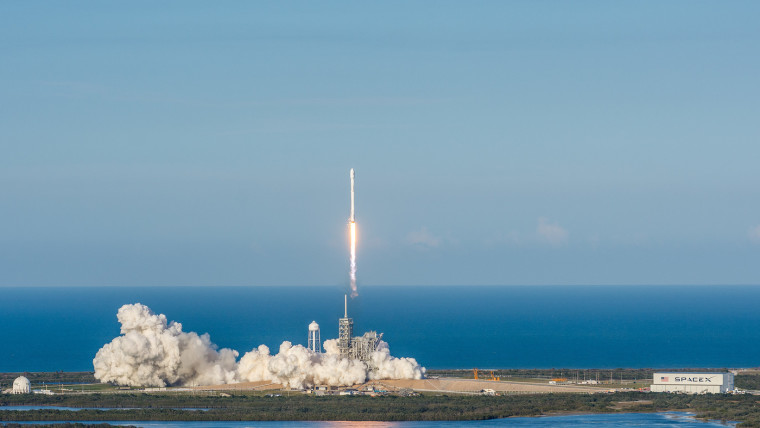 Sending a huge chunk of metal and other materials carrying a payload into space requires careful calculation, and a lot of money - millions in fact.

It may not come as a surprise to many, as the very idea of something as massive as a rocket being shot miles through the atmosphere and into the black abyss sounds quite ridiculous due to the sheer act of doing so. However, some organizations are trying to figure out a way to cut those costs down.

After more than two years, flight company SpaceX believe they have figured out one way to jump start the change, and on this evening they put action into gear by successfully sending a recycled rocket into space, called the Falcon 9. The recycled rocket launched from Florida's Kennedy Space Center using a rocket stage that had previously been used and carried a broadcasting satellite into orbit, before landing on one of SpaceX's drone ships in the Atlantic Ocean.

SpaceX CEO Elon Musk was in high spirits as he appeared on the company's live stream after the event, praising the accomplishment

"It means you can fly and re-fly an orbital class booster, which is the most expensive part of the rocket. This is going to be, ultimately, a huge revolution in spaceflight."

The aerospace industry has been sending away hefty rockets to the grave by disconnecting and plunging pieces of the first stage back to earth, while some stay in a permanent orbit around the Earth.

In order for SpaceX to utilize these fallen parts, there are procedures that must be followed, inspections carried out, refurbishment of parts, and many other tests that need to be done to ensure that a rocket is ready for spaceflight.

The Falcon 9 took SpaceX up to four months to prepare for this evening's launch. However, the company is looking at trimming some of the fat so that it may launch as many as six pre-flown Falcon 9 rockets this year alone.

Inmarsat, a telecommunications company that owns and operates global satellite networks, and a SpaceX customer, expressed an interest in the Falcon 9's reusability and functionality. However, how frequently pre-flown rockets like the Falcon 9 can be sent to space remains to be seen. If these rockets can indeed be launched numerous times and the costs were to come down, companies, like Inmarsat who could build a better satellite network, may find SpaceX a far more attractive option moving forward.