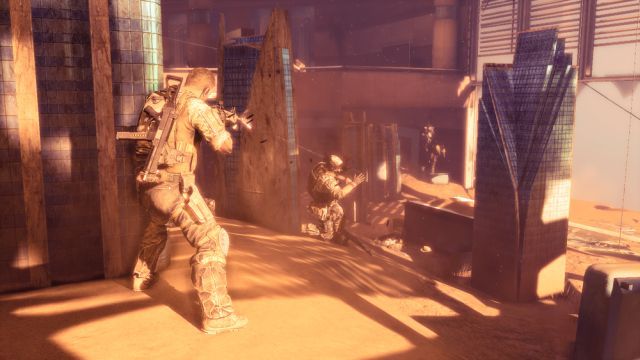 Spec Ops: The Line, the third person action game that was first announced over two years ago, is getting closer to its planned June 26th release. Today, publisher 2K Games announced that a playable demo for the game is now available to download for owners of PS3 consoles along with Xbox Live Gold subscribers of the Xbox 360 console.

Non-Xbox Live Gold members can download the same demo on May 15th. It contains two single player missions set early in the game, along with a slice of Spec Ops: The Line's online multiplayer class-based modes.

Developed by Yager and first announced in December 2009, Spec Ops: The Line is actually a revival of an old military shooter series; this will be the first game in the franchise since 2002. The game itself takes place in the city-state of Dubai as a US Delta Force team tries to rescue a U.S. Army Colonel who has stayed behind (and yes, it is supposed to be inspired by Heart of Darkness).

Dubai is also experiencing a massive natural event in the game that has caused the city to be partially covered in sand. Players will have to deal with some unpredictable and random sandstorms as they play.

Spec Ops: The Line is also coming out for the PC but so far there's no word if there will be a demo for PC players.