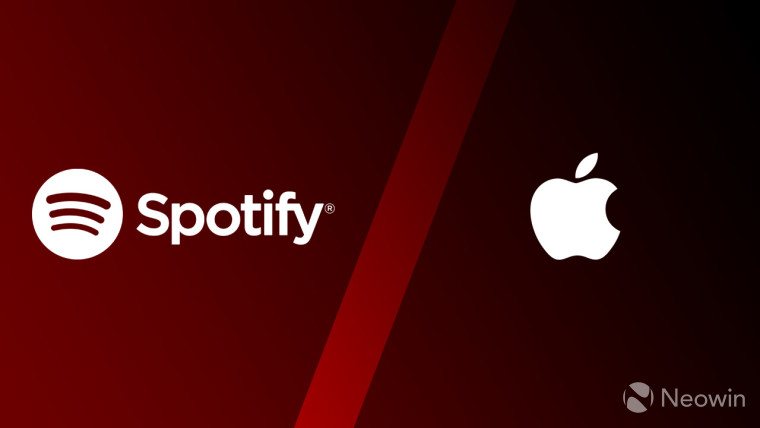 Spotify's shares plunged by roughly seven percent on Wednesday after Apple's announcement of an all-in-one subscription bundle that includes Apple Music. According to the Swedish firm's Q2 earnings, it has 138 million paying users, which is significantly higher than rivals Apple Music and Amazon Music. However, Spotify has criticized Apple over the bundle (via Apple Insider):

Once again, Apple is using its dominant position and unfair practices to disadvantage competitors and deprive consumers by favoring its own services. We call on competition authorities to act urgently to restrict Apple's anti-competitive behavior, which if left unchecked, will cause irreparable harm to the developer community and threaten our collective freedoms to listen, learn, create, and connect.

Apple responded by stating that Apple One would ensure the provision of a "simple way to access the full range of Apple's subscription services," and customers are free to avail alternatives for each of the firm's services. The Cupertino firm provided the following statement to Reuters.

Both Spotify and Apple charge $10 per month for their music streaming service, but the new bundle, which starts at $15 a month, combines Apple Music with other services like television or video games. Aadil Zaman, a partner at Wall Street Alliance Group, noted:

“What Apple is attempting to do is sort of form an ecosystem, like what Amazon Prime has done, where they become a one stop shop, and certainly because of that competitors like Spotify do face some risk.”

Spotify also has bundled offerings with Hulu and ViacomCBS television network Showtime. The firm's CFO Paul Vogel remarked at a Goldman Sachs conference on Wednesday that Spotify had anticipated these moves.