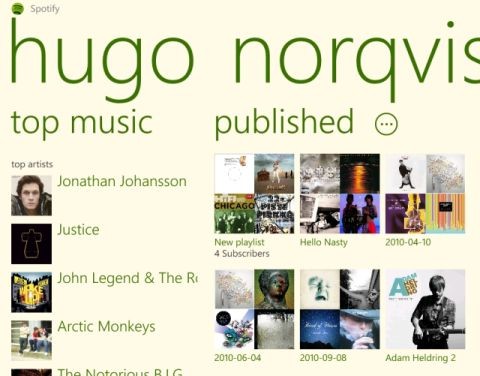 Spotify has been growing by leaps and bounds since the music streaming service launched in the U.S. in mid-2011, after first starting up in Europe. Today, the company announced that the service now has five million paid subscribers worldwide, and that includes one million in the United States alone.

CNET reports that Spotify announced the figures at a press event today, where the company also revealed it would soon add music from heavy metal band Metallica to its service. Metallica became infamous to many Internet users when it attacked the music sharing service Napster a decade ago. That move upset many of the band's fans and now it seems Metallica has finally embraced digitally distributed music.

In fact, Metallica's drummer Lars Ulrich not only appeared today at the Spotify news conference, he shared the stage with Sean Parker, the co-founder of Napster

Spotify also announced some new features, including a "Follow" tab to check out what your favorite people are listening to, and a new "Discover" tab that gives new music recommendations. Spotify recently revealed it was working on an app for Windows Phone 8-based smartphones but there's no word on when that app will be released.