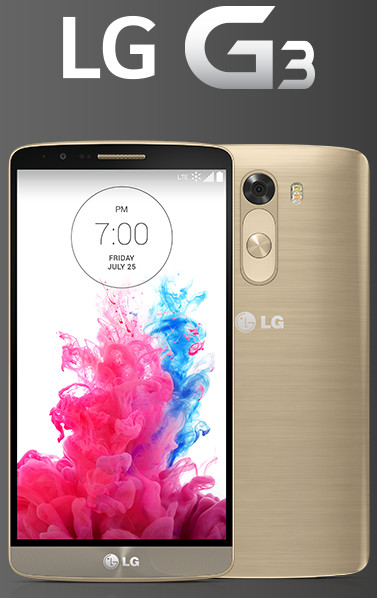 While AT&T was the first to announce its intent on carrying the LG G3, it looks like other carriers will be first to start actually offering the device for pre-order and sale. T-Mobile announced earlier this week that it would be offering the handset, now Sprint has also announced a release date, price, and pre-order date.

The latest flagship device from LG offers a 5.5" Quad HD (2560x1440) display, 13MP camera with laser-assisted focus, and a quad-core processor. Sprint has not released details about the devices other specifications, meaning that the carrier could carry either the 2GB RAM / 16GB or 3GB RAM / 32GB model.

Along with the release, Sprint is also offering customers up to $150 USD for switching to Sprint’s Easy Pay option. This will allow customers to purchase the phone with $0 USD down, and make payments of $25 a month. For those who purchase and register later, the offer will drop to $100 USD.

The LG G3 will be available for pre-order from Sprint on July 11, 2014, with availability on July 18th. Although Sprint does not have their color options listed, they will most likely offer the Metallic Black, Silk White, and an exclusive color, Shine Gold.