Samsung began rolling out beta builds of its Android 10-based One UI 2 update back in October. The update builds on Android 10’s features such as gesture navigation and brings with it some enhancements to Samsung’s own implementation of the OS. With rapid beta releases fixing bugs, the official One UI 2 update started rolling out to some devices as early as the end of November. With time, more devices began receiving the update, including earlier generation flagships such as the Note9.

Now, as part of what may be the final leg of rollouts, the One UI 2 update to S9 devices is now heading out to users in India. The rollout for the Note9 and S9 family of phones is also beginning to hit more devices and markets, signaling that the company is speeding up the rollout process. While the company began updating devices earlier than it usually has in the past, the release has been spread out across at least two months.

The update comes in at about 1.7GB and brings with it the update package for One UI 2. The download also includes the January security patch for devices that hadn’t received it or had not installed it. As for features, the update is an iterative one that further enhances certain features and UI elements that were introduced with Android-9 based One UI. Some improvements include enhancements to dark mode, a fresh coat of paint to system icons, improvements to the reachability of UI elements, feature additions to built-in apps such as Reminder, Calendar, and My Files, and increased support for Samsung DeX.

If you aren’t seeing the update yet, you can head to Settings > Software update > Download and install to find it. Since the rollout has just begun, it is possible that it will be a while until all devices receive the update. 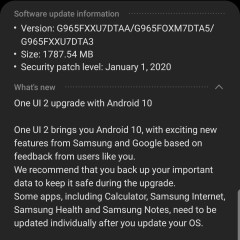 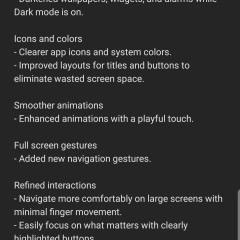 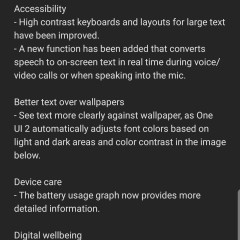 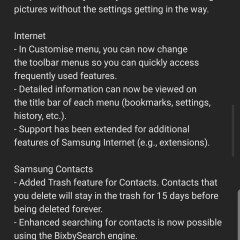 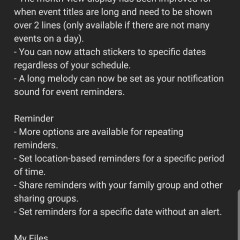 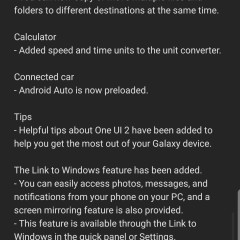 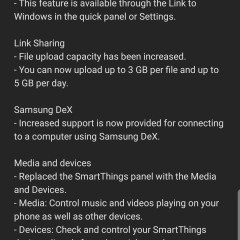