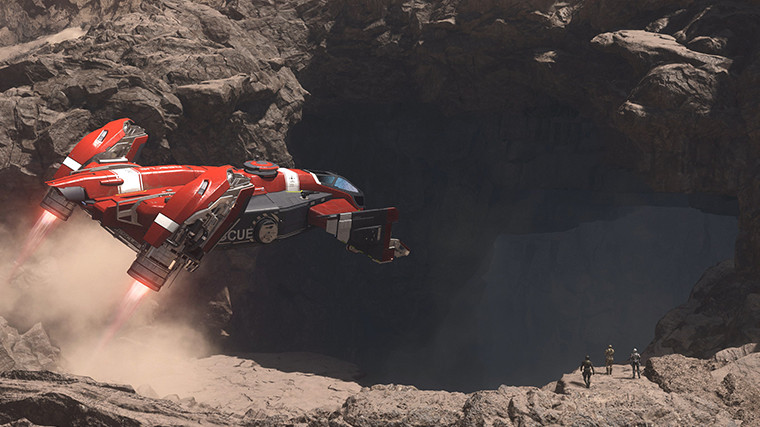 Soon after its latest major alpha update, Star Citizen has been opened up to the masses with another Free Fly event. Cloud Imperium Games is offering the latest version of its in-development title to try out for free for a week, and there are free ships involved too.

During the event, all areas of the game are available for anyone to jump in and try out, including the massive persistent universe with the Stanton system, alongside the smaller Arena Commander dogfighting and Star Marine first-person shooter modes. Event goers can also pick up a Star Citizen Starter Pack for cheaper than usual, providing continued access to the title.

As with all free events by the studio, everyone is getting temporary access to several ships to make use of in the universe, from performance-focused vessels and fighters to mining ships. Keep in mind free players aren't restricted from getting into the various ships of other players or even flying them. Here are the six available freebies during the Free Fly:

To join the Free Fly, apply the code GETINTOTHEVERSE at the bottom of the event's landing page here after signing up for a free account. The free promotion will last through August 27. The studio's own New Player Guide should be helpful for those taking off for the first time.

The latest quarterly update, Alpha 3.14.0, hit the space exploration and trading game earlier this month, and as its biggest feature, it brought along the floating city of Orison that resides inside the gas giant Crusader. A smaller update also hit the title earlier today, squashing a number of major bugs right before the event.