The Star Cloud PCG02 is yet another mini PC based on Windows 10, which aims to offer portability and decent performance in a very small form factor and at a low price of under $100. The Wintel Pro CX-W8 mini PC that I reviewed last month offered the same specifications as this one but my experience was sort of ruined by the lack of a proper Windows license, since that would add to the price of an otherwise cheap product.

However, the makers of the PCG02 assured us that their device comes with a proper license, and the listed price is the only one that the buyer will have to pay. The company has also posted its Microsoft OEM certificate on the online store listing for the product. With that out of the way, let us find out whether it is a worthy contender in a market that is beginning to look crowded with similar devices.

On the inside, there isn't a lot different between the Star Cloud PCG02 and other mini PCs such as the Wintel Pro or the Tronsmart Ara X5 that are being sold by various online retailers. They're all based on a standard Intel reference design popularized by the Intel Compute Stick. In fact, the PCG02 also comes in a similar form factor as the Compute Stick, but isn't the exact same design. 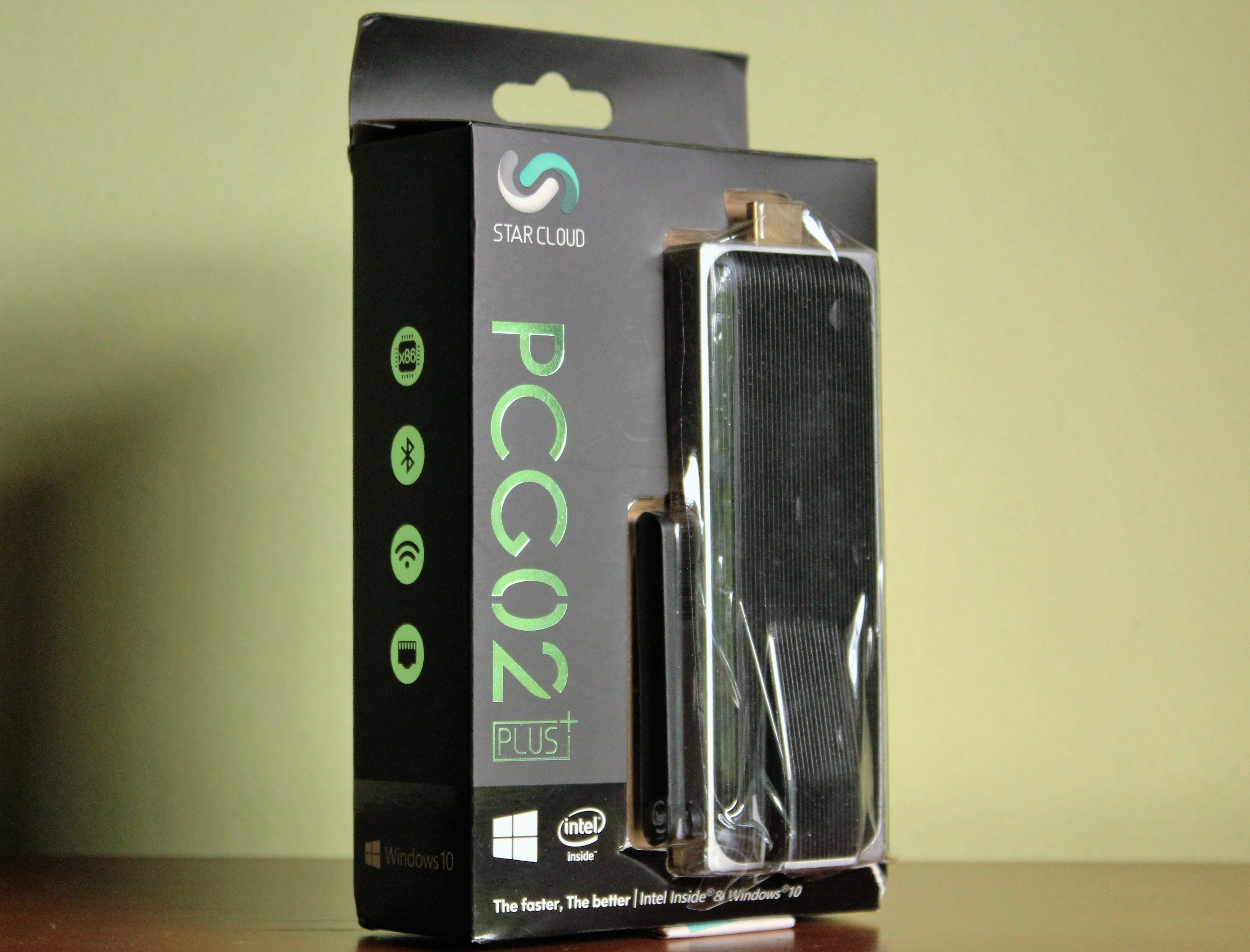 The review device provided to us came in the same packaging as the actual retail version, ignoring the inclusion of multiple power connectors that were bundled with our version. Inside the box, there was the PC stick, an HDMI-to-HDMI adapter for attaching cables, a microUSB power adapter and leaflets with warranty information and steps to get started. 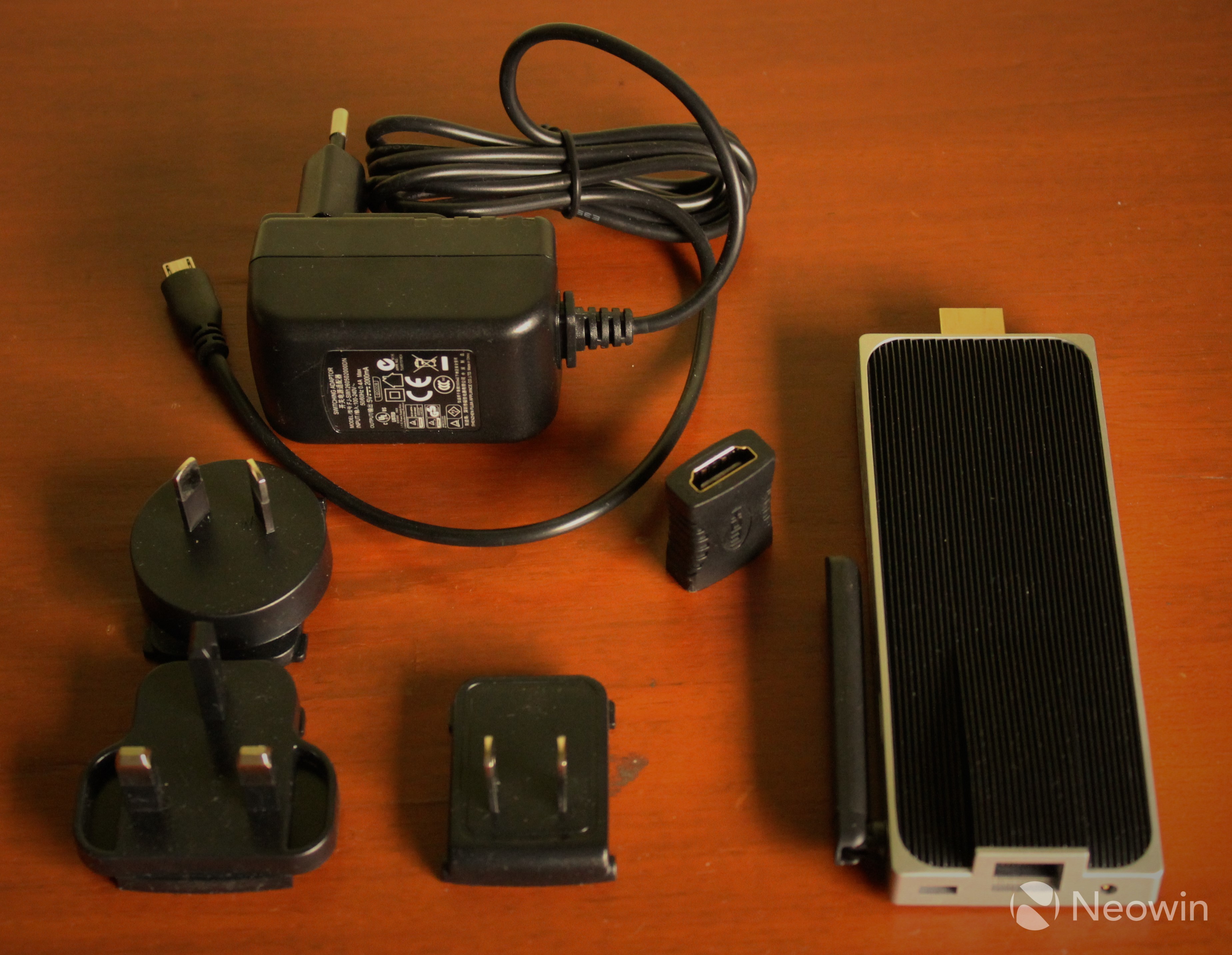 As the device itself can be plugged into an HDMI slot, the company seems to have left out an HDMI cable. However, it did not fit into the slot behind my TV, and if I didn't already have a spare cable, that would have ruined my initial experience with the device. 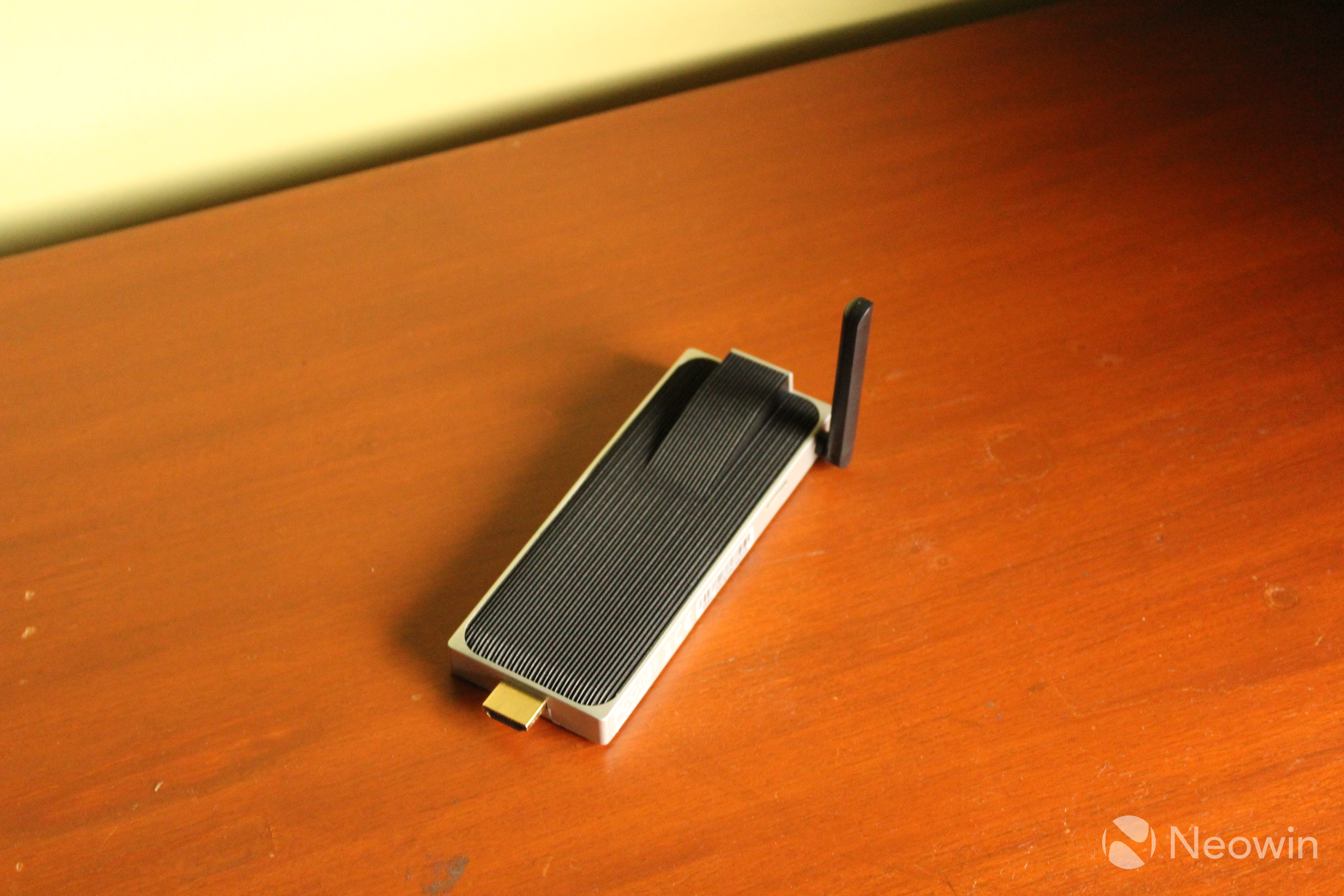 The top and bottom of the Star Cloud stick is covered with a heat sink-like construction to dissipate heat effectively. As it is a fanless x86 product, things can get warm over a period of time. Towards the base of the device, it features an Ethernet port, while the sides of the device house two USB ports, a microUSB port, a microSD card slot and a Wi-Fi receiver. A power LED is hidden beneath the upper covering, which becomes visible on powering up the device.

At just 54 mm, the PC Stick is pocket friendly, and I can imagine frequent travelers taking it around on business trips or for presentations.

The Star Cloud PCG02 stick runs on Windows 10 Home with built-in support for eight languages. Since the device runs on version 1511 (also known as the November update) of Windows 10, there were plenty of updates that were installed soon after I booted up the device for the first time. Interestingly, the automatic update service was disabled on the device, which caused the Windows Store to crash a few times until I could figure out what was going on, but once the updates were installed the experience was more or less the same as a regular Windows PC. 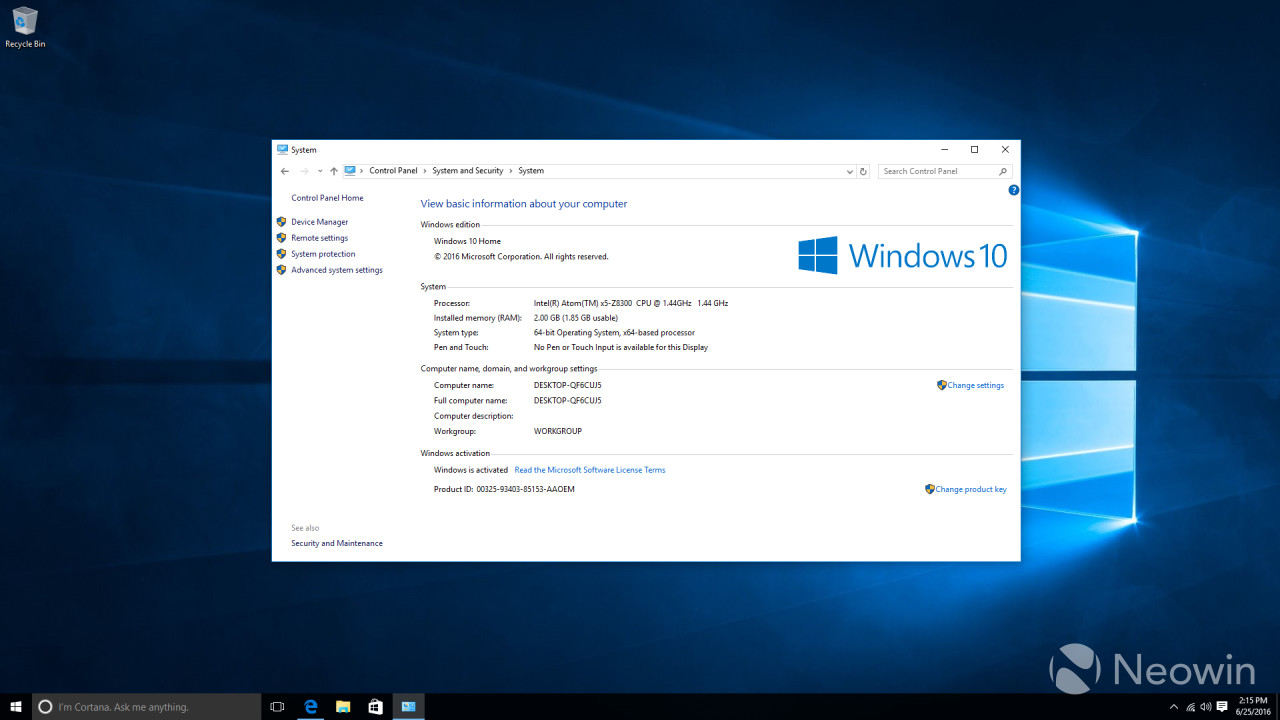 As with the other mini PC that I tested, I kept feeling that a dedicated large screen mode in Windows 10 could surely be a better fit in case of such products that are expected to be used with a TV. Sure, there is a tablet mode that can be used, but the traditional desktop view looks much smaller from a distance.

Users can change the text size and scaling to fit their needs from Display Options, but an UI such as the one seen on various Smart TVs or the former Windows Media Center can really prove beneficial here. For those wanting to use the device with a monitor, the issues will obviously not exist and they can continue to use it as a normal PC that can do surfing or handle light productivity tools. 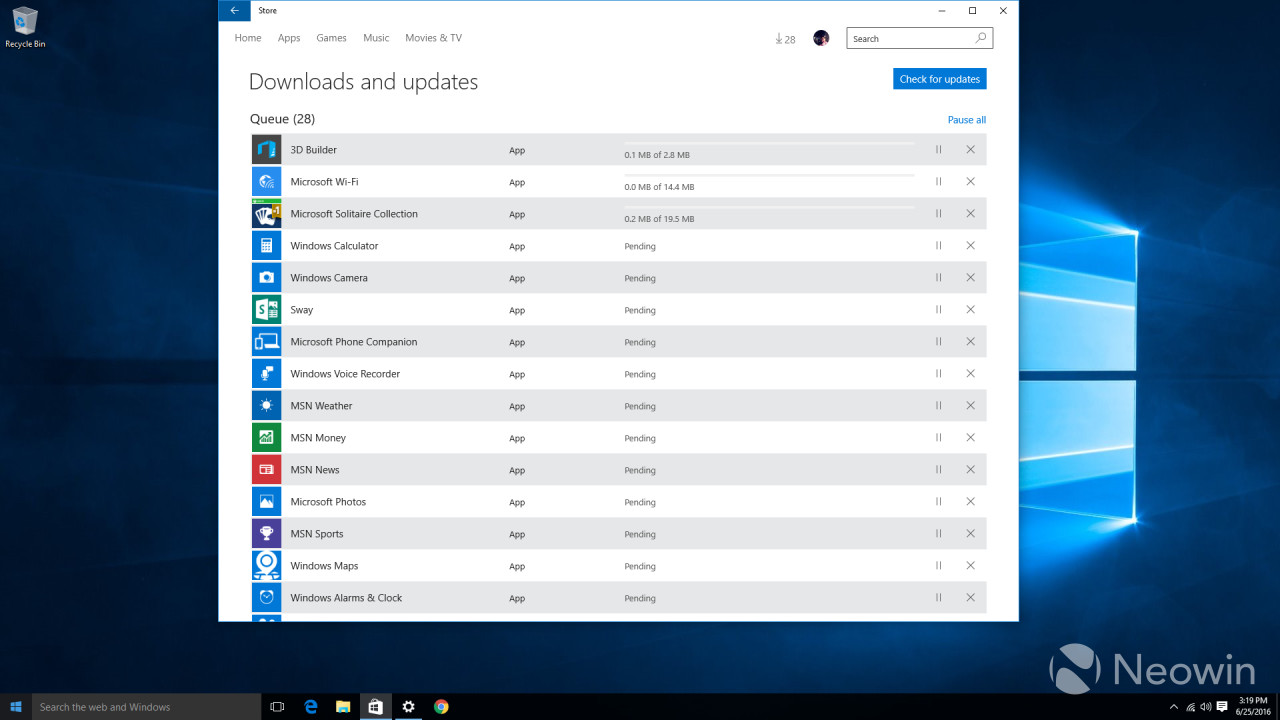 With Windows 10's update model, I am not sure whether the integrated 32GB eMMC will be enough after any major update such as the forthcoming Anniversary Update. Since there is no 64GB option, native storage will be required to be used judiciously. The device supports storage expansion using micro SD cards up to 128GB though, which should mitigate some of those potential issues.

Since, Windows 10 supports installing Windows Store apps to a micro SD card, users can change the default storage for new documents, music and other files to the expandable storage. This should soften the blow a bit.

The Intel Atom x5-Z8300 chip is capable of delivering decent performance in light weight tasks such as surfing or editing documents, and it didn't disappoint. Browsing, media playback and casual gaming was quite smooth on the portable device. However, 2GB RAM felt insufficient for multitasking scenarios such as opening up multiple tabs in Chrome while running another app or two. Using four different Modern apps also often resulted in sluggish behaviour. I believe an additional 2GB of RAM could have hit the sweet spot, especially for browsing. 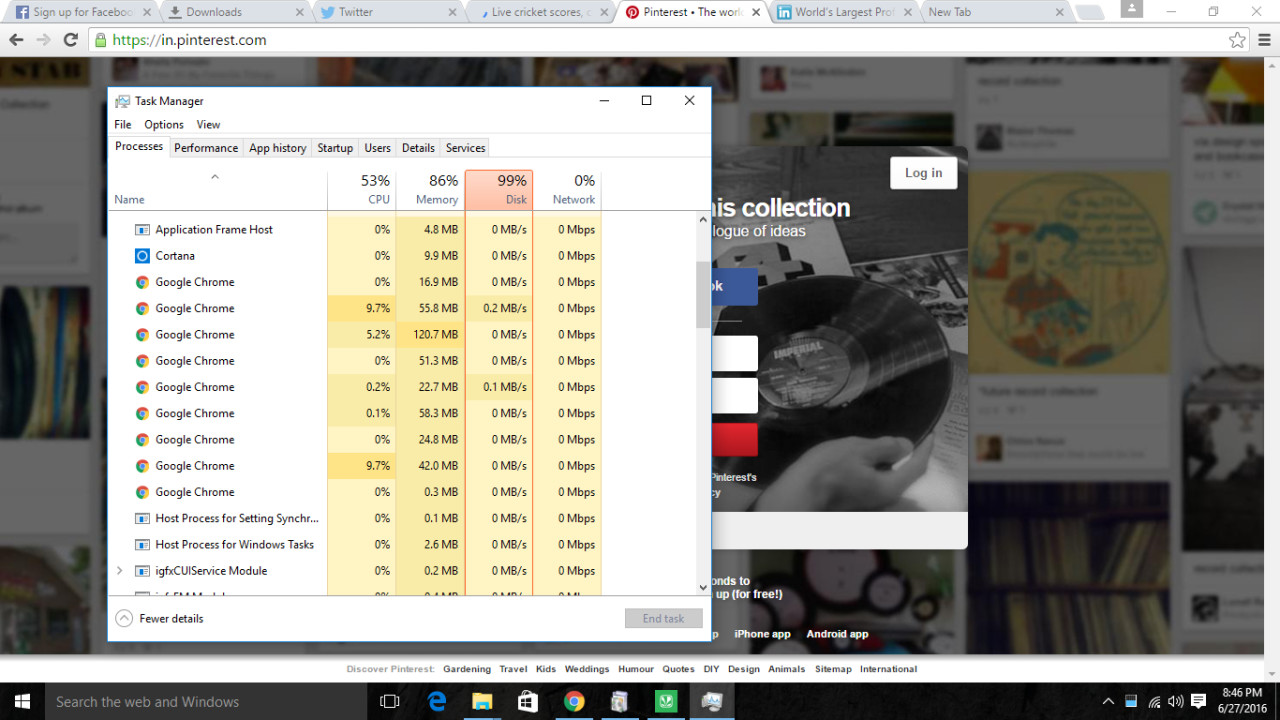 I wouldn't say that it is a very bad performer, as the chipset is comparable to most smartphone SoCs. However, getting a proper Windows version can raise buyers' expectations and they might be disappointed in such a case. Even though the Cherry Trail chip is quite powerful as a mobile SoC, it won't stand a chance against even the most basic desktop CPUs and users should be aware of these limitations.

One of the biggest complaints I had with a similarly spec'd PC was its poor Wi-Fi performance, but the presence of an external antenna on the PCG02 made sure that I had access to my network without making any changes. It picked up full signal from both my routers, and it also has an Ethernet port for good measure. 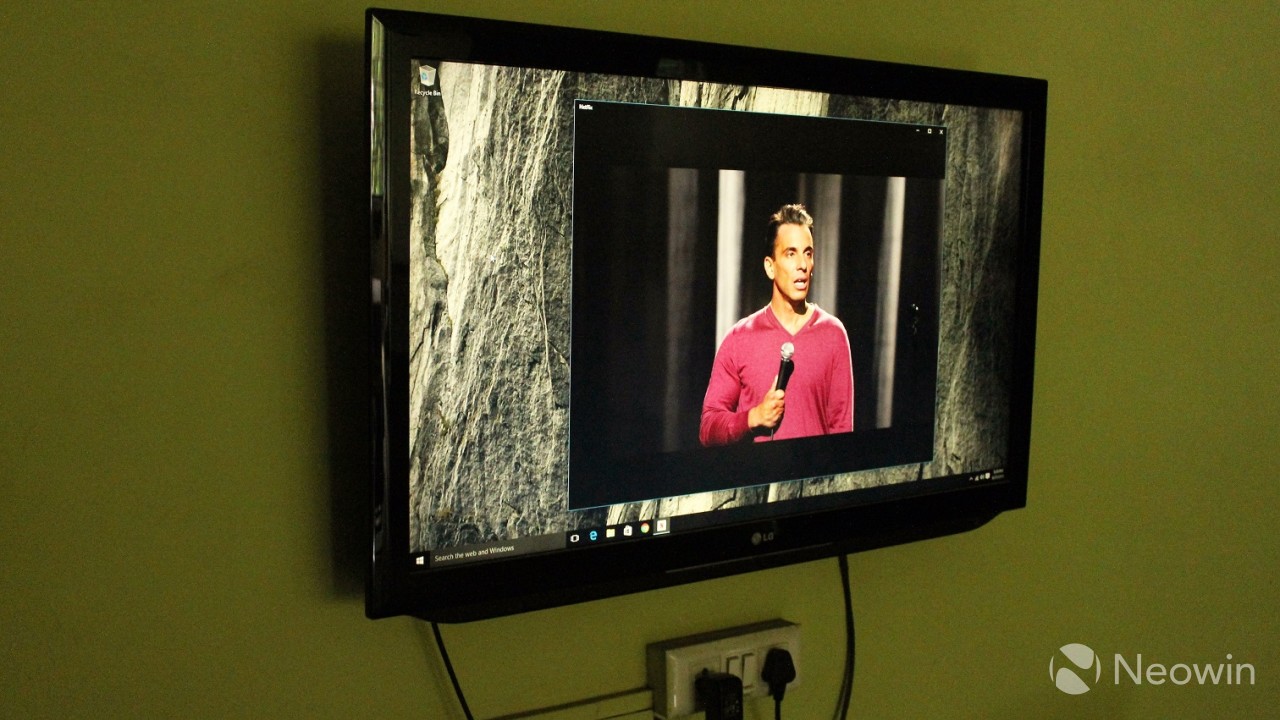 Over a period of five days, I used the PCG02 stick mainly for watching Netflix shows and a bit of YouTube on a full HD (1920x1080) LG LCD TV and a HD ready (1366x768) Samsung LED TV. I also tried to play a few racing games from the Windows Store, but those didn't work quite well with a keyboard & mouse. 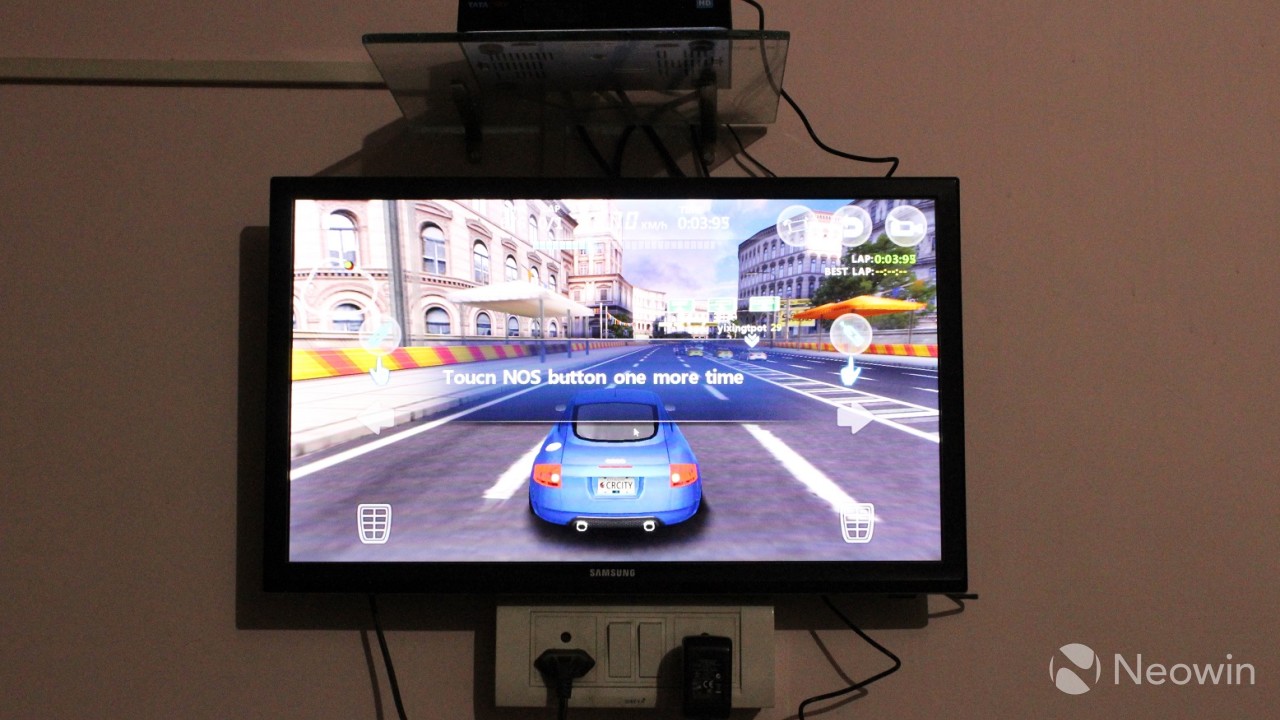 There were no noticeable scaling issues or stuttering on both the screens, and video playback was also quite smooth. As mentioned earlier, the device did get warm after prolonged use, but the heat sink-like design probably kept it cooler than what it could have been otherwise.

One of the key factors that I feel is a matter of concern with products that are mainly sold out of China, is support. The buyer will have to go that extra mile to get support in case something goes wrong with the product. The company does seem to offer refunds and replacements for faulty devices, and also showed willingness to resolve any Windows 10 licensing issues. However, getting the mini PC repaired after a certain period of time might be a difficult task.

The Star Cloud PCG02 Plus Fanless Intel Stick does what it promises and at its current price is a good deal for those looking for a media hub or a tiny media center. Most of the problems that I had in using the device were related to Windows 10's lack of a proper media interface, which is something the buyer will have to live with if they choose to buy any of the mini/stick PCs available in the market. Although, the device comes with less RAM and built-in storage, I wasn't very disappointed since the main use for it should be media consumption and not heavy multitasking anyway. The PCG02 is priced in the same range as the Wintel Pro CX-W8, but offers a better experience in comparison. Given its low price, it can also be considered over the Intel Compute Stick or the Asus VivoStick, which are a bit costlier.

Note: The review device was provided by Shenzhen Mele, the manufacturer of the device, and can be purchased from AliExpress for $99.59