Star Wars: The Digital Collection is coming soon to leading digital stores including Xbox Video, iTunes, Google Play, VUDU and Amazon, and is also available for pre-order on Xbox Video right now. The iconic six-film saga will be released for the first time in Digital HD on Friday 10 April.

While the six movies can be bought separately for $19.99 each, customers will be able to save money by purchasing the entire digital collection for $99.99 on Xbox Video or for $89.99 on Google Play, iTunes, Amazon and VUDU. Other digital stores are yet to announce a price. 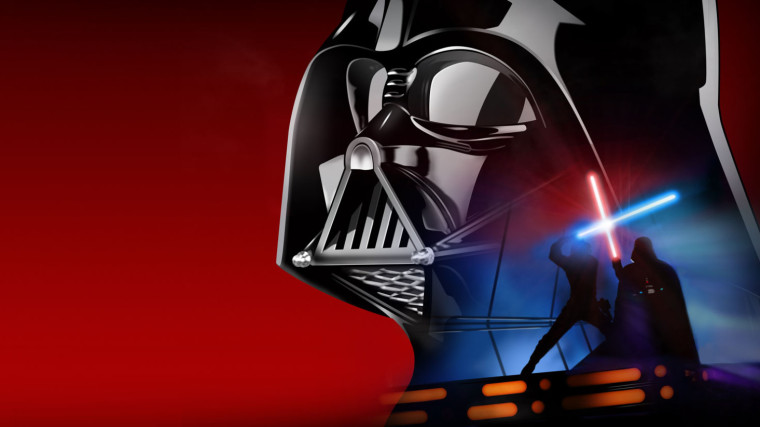 All six movies in the collection are "Special Edition" instead of the regular ones and include deleted scenes, special features and exclusive behind-the-scenes extras. The Digital Collection includes: 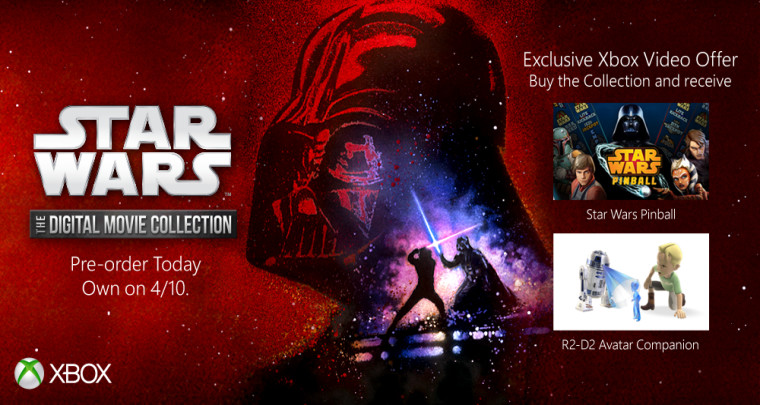 Moreover, Microsoft is also offering incentives for buying the collection which includes a free R2-D2 Xbox Live avatar along with the Star Wars Pinball theme pack for the Pinball FX2 game on Xbox 360 and Xbox One, developed by Zen Studios. Disney is offering a Star Wars featurette video exclusively for Xbox customers.

Since the debut of the first film nearly 40 years ago, Star Wars has become a worldwide phenomenon with legions of fans from every generation, it’s only fitting that audiences enjoy this legendary saga and its many fascinating behind-the-scenes stories on a wide variety of platforms, and we’re very excited to finally bring all six films to Digital HD for the first time.

You can pre-order Star Wars: The Digital Collection for $99.99 from Xbox Video here, purchasing the collection on one of Microsoft's devices also means that you can watch it any time not only on your Xbox but also on Windows and Windows Phone devices, provided that they are connected via the same Microsoft account. Other customers can pre-purchase it for $89.99 on Google Play, Amazon or iTunes and watch it once it becomes available this Friday.