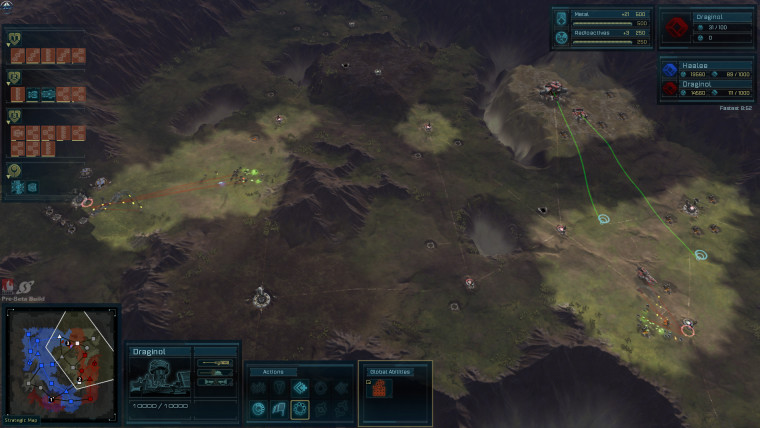 The latest game from Stardock, Ashes of the Singularity has been launched on Steam Early Access today, ahead of its wider general release. The real-time strategy title ventures into new ground, by expanding its combat across large-scale maps, inhabited by tens of thousands of controllable units. The worldwide combat between armies has been paired with the newly-released DirectX 12, and showcases the potential of the new technologies.

Currently, Ashes of the Singularity is the only game available with DirectX 12 support, and marks the beginning of the forthcoming era of DirectX 12 games. Stardock has emphasized that the new capabilities of Windows 10 and DirectX 12 have brought notable improvements in performance and optimization to their Nitrous engine.

The company hopes that these enhancements will allow gamers on lower-end hardware to play the title, while still having a smooth in-game experience. On the same hardware, Stardock claims that DirectX 12 will offer up to a 76% frame rate increase. A benchmark has been added to the current build, to showcase the effects of these latest technologies.

When looking at the Benchmark results provided by Stardock, large advancements can be seen.

Ashes of the Singularity is currently available on Steam, via the Early Access program. Over the coming months, the game will see numerous updates, expanding on the content and features available. The game currently has a 20% price reduction while still in development, before its planned full release in 2016.

Update: Dylan Browne, Lead Developer and CEO of Incandescent Imaging, has contacted us to point out that Ashes of the Singularity is not the first DirectX 12 game released, explaining that his game, Caffeine, launched on October 12 on Steam with DX12 support "from day one".