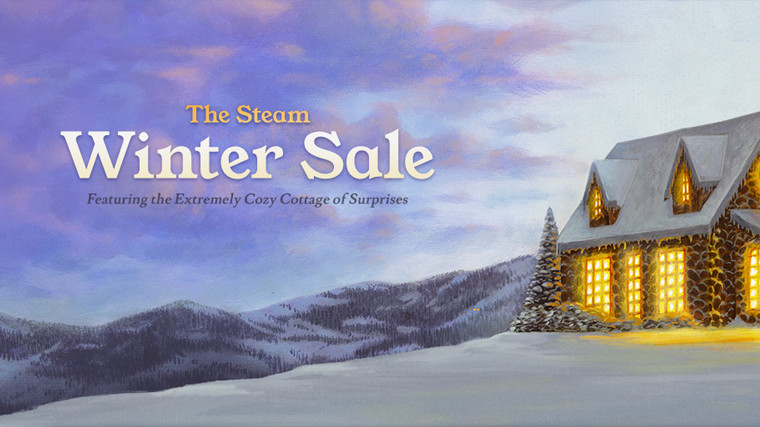 The annual winter sale of Steam has officially opened its doors, discounting most of the massive amounts of games and software the store offers for the remainder of the year. While the store is having its usual meltdown from the broken dam of people trying to access the site, you don't have to worry about missing out on anything by waiting, as all discounts will remain the same for the entirety of the sale.

In addition to the discounts, Valve has also brought out the nominees for this year's Steam Awards for PC gamers to vote on, which were decided during the Steam Summer Sale from last month. Steam Trading Cards are up for grabs for those who vote for the eight categories available.

There is also a new "Extremely Cozy Cottage" page set up where Steam users can unlock various items such as profile backgrounds and emoticons for free. You will have to come back to the page and open a door every day to receive each item, however.

The 2018 Steam Winter Sale runs until January 3 at 10am PT, meaning you have two whole weeks to reduce your wishlist items as well as pick up any other games that catch your eye.