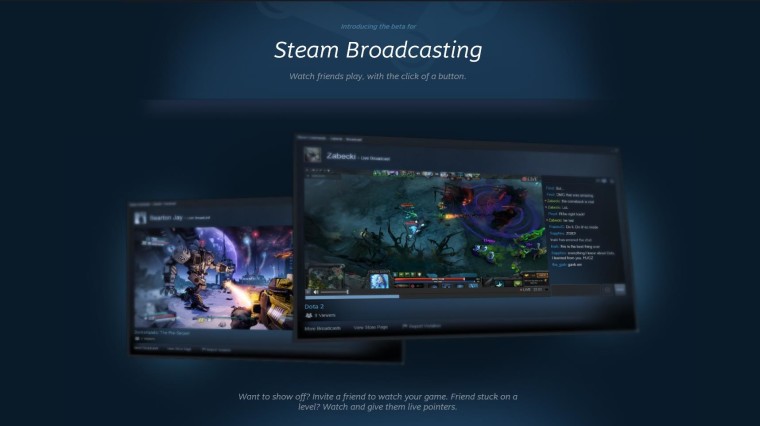 Twitch is undoubtedly the most popular online streaming client for gamers wishing to broadcast their gameplay to the world, but it's no longer the only big kid on the block. Steam, the games client that distributes titles like the upcoming Halo: Spartan Strike and DOTA 2, has rolled out the beta version of its broadcasting feature.

Like Twitch, gamers will be able to broadcast their gameplay for others to look in on, whether for entertainment purposes or for tips & tricks from more experienced players. Steam's new broadcasting feature will let you customize your broadcasting quality and interact with your streamers. 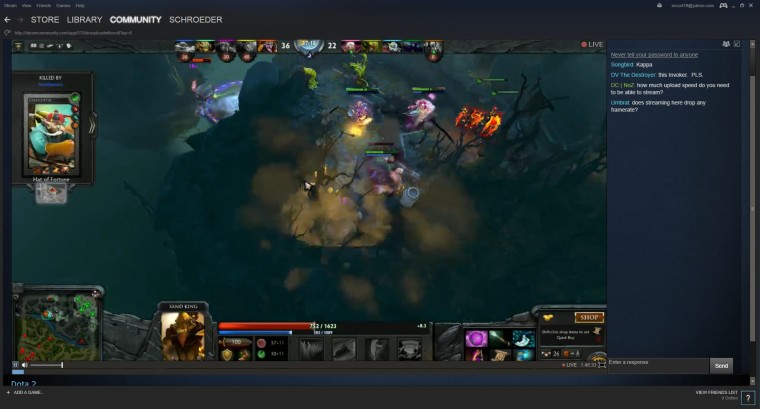 As of this moment, to try the broadcasting feature you'll have to enable your Steam client to participate in pre-release versions (a restart of Steam is required if you haven't enabled this already). Once you've loaded up the early build version of Steam, you'll be able to jump over to the "Community" tab, where the "Broadcasts" section will now be visible.

Users can choose to either navigate through random broadcasts or choose specific games to find live broadcasts of. You'll have to make your way to the home page for a specific game and jump to its "Community Hub" (accessible from the "Community" tab via the "Find Hubs" search option). Once you've arrived at your preferred game page, a similar "Broadcasts" tab is available for selection which allows you to browse live feeds that are only relevant to the game you've chosen. 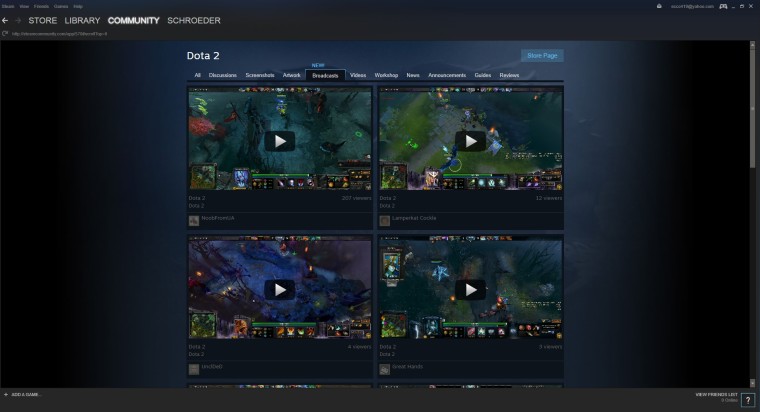 It's clear that Steam Broadcasting is in its earlier stages, as the navigation to/from a game broadcast can be a bit cumbersome and there are limited options for customizing your settings for feed quality. Still, it's usable and will no doubt see improvements in its final release and beyond; this also will likely be the first of many updates that introduce new features to the Steam platform.

Twitch hasn't seen much in the way of serious competition, so it will be interesting to watch how Steam Broadcasting grows and competes. Steam is specific to Windows, Mac OS and Linux, and is not available on gaming consoles like Xbox or Playstation, leaving Twitch with at least one area without direct competition.