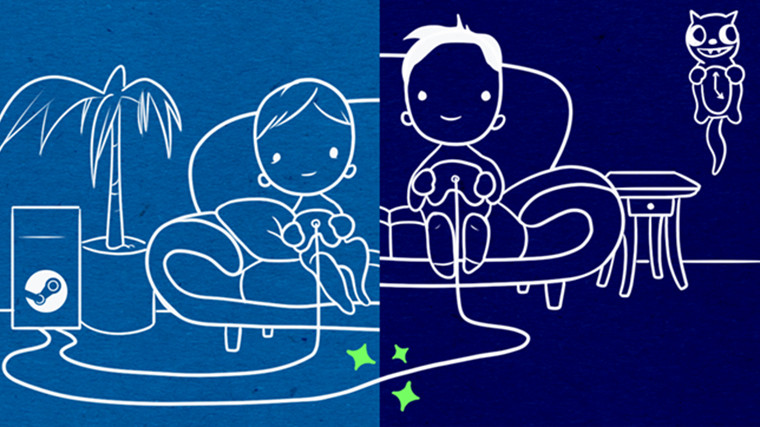 Earlier this month, it was revealed that Valve is working on a new streaming solution that would let Steam users play their local games with friends over the internet named Remote Play Together. Today, that technology went online in beta form officially on the Steam client.

As Valve explained in a blog post, using this service, local and split-screen multiplayer supported games lacking online functionalities can be played online as though the other players are connected to the same computer using additional controllers. Up to four players seem to be the recommended amount, though Valve says it can be higher "in ideal conditions," which should depend on the host's internet speeds.

Joining the beta can be accomplished by going into Steam > Settings > Account > and selecting the Steam Beta Update in the Beta Participation section. Note that this will also enroll the user into the new Steam Library that was overhauled recently.

Only the hosting player needs to own a supported game, and after joining the beta, the Steam overlay's friends list can be used to easily invite players for Remote Play Together. This is platform agnostic as well, meaning a Linux or Mac user can join the game of a Windows host, for example.

Valve promises that only the game will ever be streamed over to friends, and not the desktop or any other elements from the host's computer. Keyboard and mouse sharing can also be enabled or restricted if needed.

Since this is a beta, there is a chance of bugs popping up while the feature is being tested. Valve also said it will be "improving network stability and compatibility across a variety of hardware", as the beta is in progress. All the games that support Steam Remote Play Together can be found here.