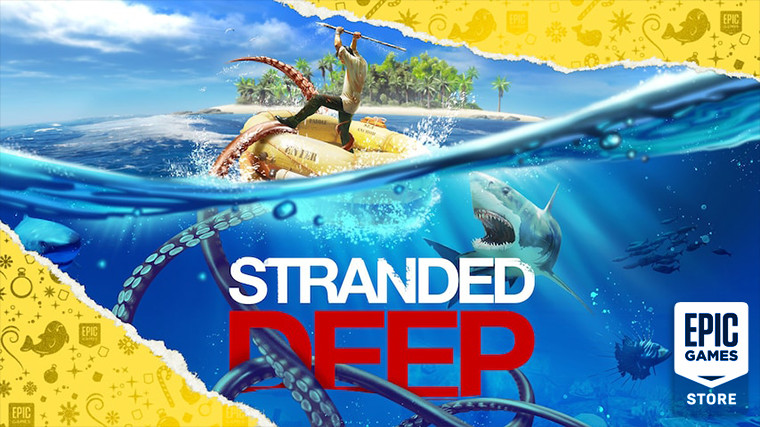 Epic Games Store's giveaways continue, as another game has gone free to claim as part of its holiday festivities. The early access title Stranded Deep is the latest freebie available, and it replaces Night in the Woods promotion from yesterday.

Developed by Beam Team Games, Stranded Deep is an open-world survival game where the player takes the role of a plane crash survivor stranded in the pacific ocean. The procedurally generated world offers islands, reefs, shipwrecks, and ocean trenches to explore as players harvest, craft, and build towards an escape. An island editor and split-screen co-op are included as features as well.

The Windows version is being offered by Epic Games today, so anyone looking for the macOS and Linux editions will have to get the Steam version, which currently costs $10.49. Here are the minimum requirements:

Epic Game Store account holders can claim Stranded Deep until 11AM ET tomorrow, December 29. With three games left to go in this daily freebie endeavor, expect to see the next one right on schedule tomorrow.