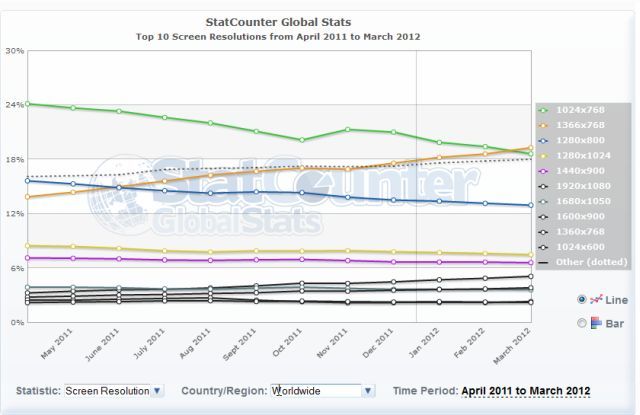 For a long time, the most popular resolution to view content on a PC monitor was 1024x768. Now a new study from StatCounter claims that size has now been overtaken in popularity by a much larger resolution, 1366x768.

StatCounter says it began recording monitor resolution statistics for the PC in March 2009. At that time the 1024x768 size was by far the most popular resolution. The company's information showed that 41.8 percent of PC users had their screens set at that viewing size.

In a email statement, Aodhan Cullen, CEO of StatCounter, said: