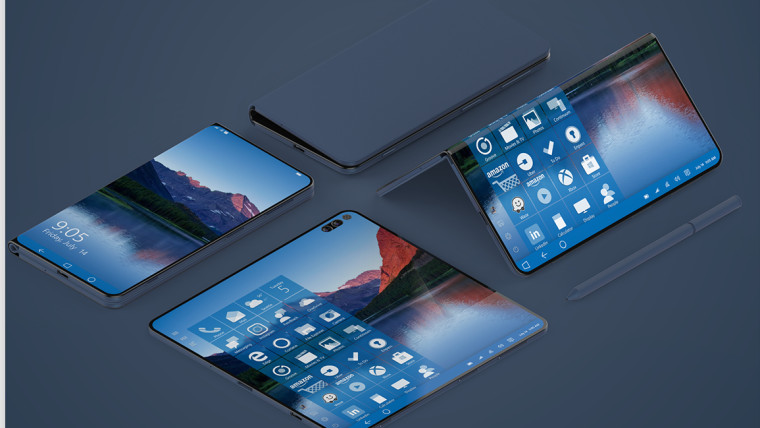 Microsoft may be winding down its efforts on the current generation of its mobile products in the hope of possibly rejuvenating its fortunes in the smartphone industry with a reboot, but the Windows faithful seem as jubilant and hopeful as always.

A new user concept shows what could be the dream device for the Windows hopefuls, in the form of the 'Surface Note', a foldable phone that features all the bells and whistles we've come to expect from modern smartphones - and then some more.

Featuring a foldable, hinged design similar to a previously revealed Microsoft patent, the 'Surface Note' concept also adorns an edge-to-edge, bezel-less screen and would run full Windows 10 through an adaptive shell courtesy of Microsoft's new CShell. Also contained in this utopian device are depth-sensing cameras for augmented reality support, and the ability to ink with the Surface Pen.

Of course, this still feels rather similar to phones as we know them, while the consistent remarks from Microsoft officials indicate that Microsoft's next play for the mobile industry will feature phones that look nothing like the phones of today, leaving the possibility of this concept ever becoming a reality up in the air.