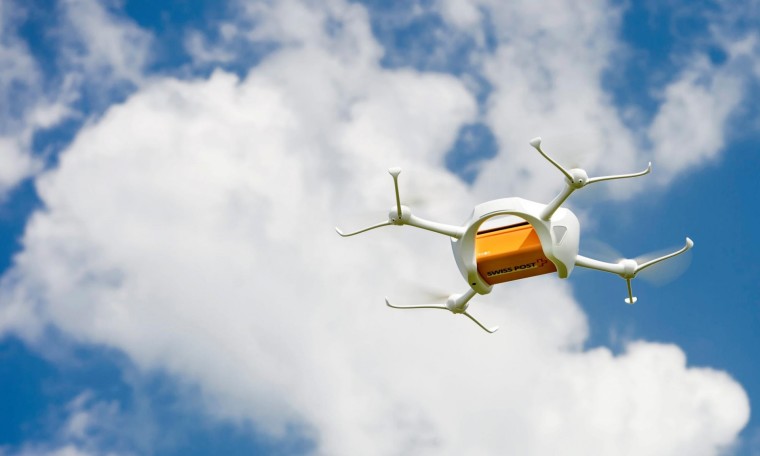 The Swiss Post has started delivering small parcels with drones, in a five-year long experiment to see if the technology is viable for deliveries.

On Tuesday, Switzerland’s postal service unveiled their initiative, and the devices they would use for a first trial set to run through the end of July. The drones used are manufactured by a US company called Matternet, and are equipped with a small container for mail and parcels. The drones can fly over 10 km while carrying a 1 kg package on a single charge.

The Swiss Post thinks devices like these could become commonplace in five years’ time thanks to their versatility and ability to transport packages to remote locations. However, the company stressed that this was a long-running trial, focused on safety and viability, and that commercial applications are still a long way away.

The Swiss aren’t the only ones trying out this technology. Not long ago Amazon promised to try out drone delivery program with a service that could deliver packages in 30 minutes after they were ordered. However, regulatory and safety concerns have since delayed the company’s plans.

Still, it’s clear drones are here to stay and the quicker their usage gets standardized and regulated, the quicker regular consumers can start seeing some of their uses.

Source and Image: The Guardian