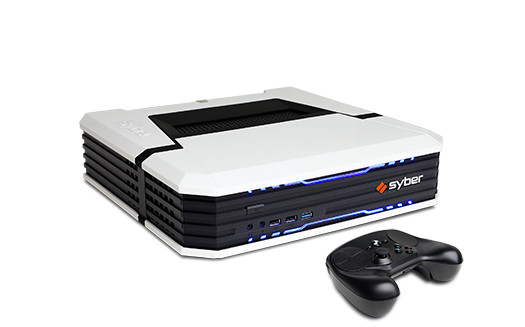 While a Steam Machine might not be for everyone, it does have a certain appeal for those wanting the power of a decent gaming PC but without the large footprint. Although a dedicated gaming console might be a viable option, it doesn't quite have the customizability of a PC. Luckily, for those interested, Syber has started their holiday promotion early with $200 savings on all of their Steam Machine units.

The break down of the discount and specifications is as follows:

For those purchasing a system, Syber will be discounting $100 off the retail price on initial purchase and offering a $100 rebate. Depending on how you feel about rebates, this could be a good or bad deal. Unlike our review unit from Alienware, Syber's units offer the ability to upgrade a majority of the innards, including the video card.