Generations of responsible parents have protected their children from an excess of TV-watching, realizing that spending hours and hours of the day watching telly isn't the best way for them to spend their formative years. But TV isn't what it once was, and let's face it - the coolest kids of all ages have their own tablet these days.

It seems that the same lessons regarding overexposure to television must apparently be re-learned when it comes to the new generation of devices that children are now growing up with, and the Association of Teachers and Lecturers (ATL) is keen to ensure that parents learn those lessons quickly. 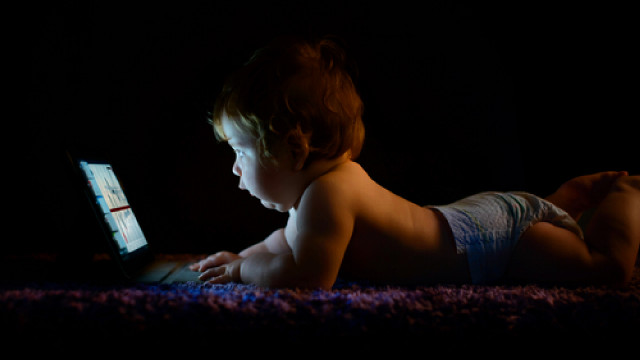 As The Telegraph reports, the ATL's annual conference heard this week from its members across the United Kingdom, who are becoming increasingly concerned by the effects of technology on children today.

Members described, for example, how infants as young as three, who had no trouble using touchscreens, were found to have "little or no dexterity in their fingers", since their hands were doing little more than tapping the screen over and over again. Teacher Colin Kinney said he had heard numerous reports from kindergarten / nursery staff of "young pupils who can swipe a screen but have little or no manipulative skills to play with building blocks or the like".

It's not just young children who are at risk. Kinney cited examples of "pupils who come into classrooms after spending most of the previous night playing computer games and whose attention span is so limited that they may as well not be there." Some students were found to be overwhelmed by pen-and-paper examinations because they had become so dependent on always having phones, tablets and PCs around them that they had become "unable to apply what they should have learned from their textbooks."

Teacher and ATL member Mark Montgomery additionally pointed to "weight gain, aggressive behavior, tiredness and repetitive strain injury" as further effects that education staff had repeatedly seen in students 'overexposed' to technology. Children's social and interpersonal skills are also being harmed, said Kinney, explaining that some students "cannot socialize with other pupils, but [their] parents talk proudly of their ability to use a tablet or smartphone."

The ATL has called on parents to help their children by reducing their use of tablets and smartphones, particularly late at night. The organization said that it supports proposals to issue advice and guidance to teachers and parents on how best to deal with children "addicted" to such devices.

Montgomery added: "In the same way we can use a brick to either break a window or build a house, digital technology can be used for good or bad, and teachers can and should help their pupils make positive choices so they have positive experiences." Ultimately, perhaps, the simple lesson to be learned here is that good things are best enjoyed in moderation, and even the best things can become harmful in excess.